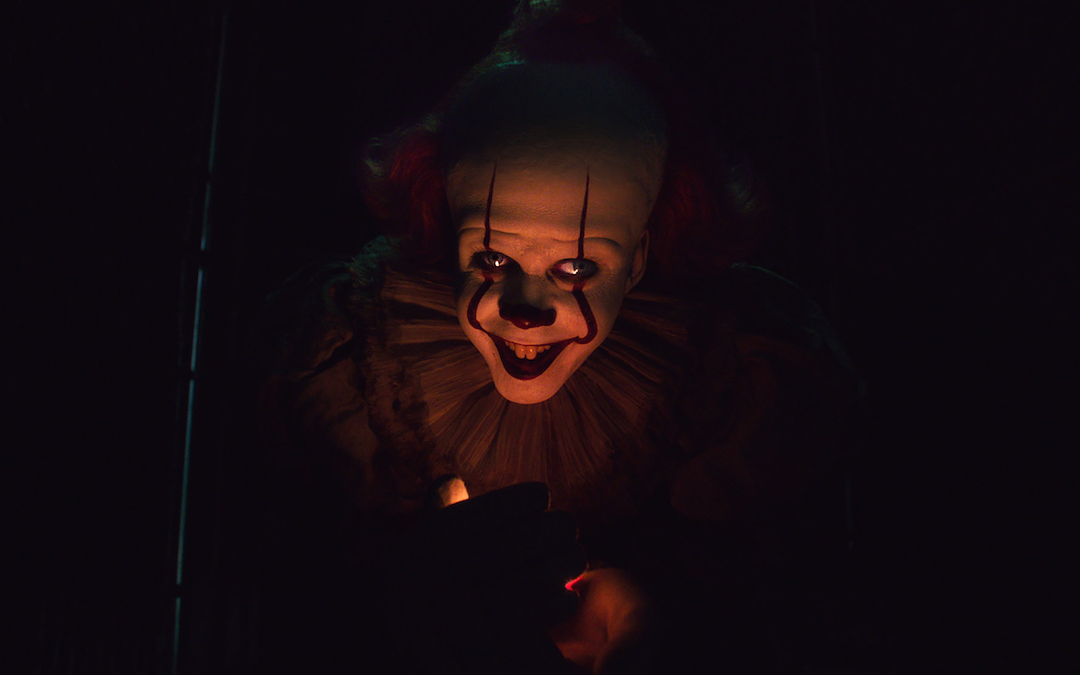 Donato’s Dungeon: Horror’s Top Headlines Of The Week (May 4-10)

Welcome, Atom Insider readers to Donato’s Dungeon! Isn’t chasing news headlines a grueling and exhausting task? Ever wonder where you can get all the week’s biggest headlines in one easy-to-find place? That’s why I’m here, armed with a chainsaw and machete to slice through the week’s onslaught of horror news to find the most notable happenings in our genre community. Let’s see what sights I have to show you…

Another week, another remake announcement. Pinhead’s Cenobite crew are next in line for a makeover as David S. Goyer has been tapped to pen “a loyal, evolved reimagining” of Clive Barker’s sadistic Hellraiser. Personally, hearing the words “evolved reimagining” makes me immediately think indie directors Justin Benson and Aaron Moorhead should be in charge given their grasp on existential dread, but we’ll see what Goyer (Blade: Trinity, The Unborn, Batman Begins) brings to his “dark and visceral” bout of leathery masochism. I’ll just be over here hoping Patrick Melton and Marcus Dunstan (The Collector franchise, multiple Saw films, Feast franchise) someday get the shot at Hellraiser they deserve.

Sleep tight. ? From the producers of IT comes a modern reimagining of the horror classic. Child's Play hits theaters June 21. #ChildsPlayMovie pic.twitter.com/gP0HYpXM2F

The headline says it all. We’ve got our first taste of Mark Hamill’s hey-that-kinda-sounds-like-The-Joker voice for Chucky 2.0. Give it a listen. Do you think it differentiates enough from Brad Dourif’s now iconic tone?

3. ‘What We Do In The Shadows’ Renewed For Season 2

I don’t want to spend any more time in Staten Island than the next rational New Yorker – but for another season of What We Do in The Shadows? FX’s hilarious vampire mockumentary based on Jemaine Clement and Taika Waititi’s smash hit comedy of the same name? I’ll make a damn exception. Mainly because any show feature Matt Berry deserves to run for at least a decade. Thank you, FX! You’ll see more mockumentary hilarity when Season 2 debuts in 2020.

Until we can all agree that Fox’s The New Mutant’s is going be The Interview’ed – aka, “we have no idea what to do with this movie, here it is on VOD, we’re done” – another release date switch has delayed the film from August 2019 to April 3rd, 2020. Josh Boone’s X-Men horror flick (maybe?) entered reshoots long ago to change the tone of the film, make it “scarier” some reported, and now seems destined to bounce around cinematic purgatory. Reminder the first teaser trailer was released two years ago. We’ll all be watching The New Mutants one night on our respective couches, benefitting from an unannounced VOD drop, but sure – April 3rd theatrical release date it is! For now.

I KNOW IT’S A DEATHGASM IN-JOKE THAT “LOWERCASE IS FOR P***IES,” BUT EVEN SO, MY EXCITEMENT LEVELS OVER THIS SEQUEL REFUSE TO ALLOW FOR ANYTHING BUT MAXIMUM EMPHASIS. DEATHGASM IS ONE OF MY FAVORITE HEADBANGIN’ HORROR COMEDIES OF THE DECADE, AND THIS NEWS HAS JUST HEADBUTTED MY FACE INTO A BLOODY MESS. PLEASE, PLEASE ENSURE JASON LEI HOWDEN RETURNS TO WRITE/DIRECT. THAT MAN IS METAL TO THE CORE AND DEATHGASM PART 2 NEEDS ITS LEAD GROWLER.

(THE SOURCE OF ALL THAT IS LIFE: SCREENDAILY)

In an unexpected turn of events, Annabelle Comes Home has been pushed from its original June 28th release date to…wait for it…June 26th! A whole two days earlier! News is news, I guess? Just in case you wanted to score some earlier tickets for the Annabelle vs. Chucky vs. Woody talking-toy-movie box office battle.

Y’all know the CW ordered a The Lost Boys TV episodic, right? That’s the good news. The bad news is Catherine Hardwicke’s pilot (written by Heather Mitchell) didn’t impress CW studio heads and is now being “reworked.” Kudos for not rushing a product that you believe in (reports say the CW loves Mitchell’s script), even if that means recasting (rumored to be happening) and pulling for tighter execution. Maybe there just wasn’t enough Sexy Sax Man?

9. Mike Dougherty Wants To Make A Prehistoric Godzilla (And We Want Him To)

While the verdict is still out on Mike Dougherty’s upcoming Godzilla: King of the Monsters, he’s already tossing around some exciting future ‘Zilla ideas. During an interview, Dougherty dropped his prehistoric Kaiju prequel idea where primitive man first encounters Godzilla. In Dougherty’s words, “I’d like to do ‘GODZILLA B.C.,’ go back to ancient times and really see the Ray Harryhausen-esque world where primitive humans had to try to survive with these creatures.” Oh HELLS YES, but under one condition, Mr. Dougherty. Find time to squeeze Trick ‘r Treat 2 in first?

David Yarovesky’s Brightburn (produced by James Gunn and written by even more Gunns) has quietly become one of 2019’s most exciting horror movies, mainly because no one has any expectations aside from “What if Superman, as a child, was pure evil?” Terrible, horrible, no-good very bad things if the film’s latest NSFW red band featurette shows. Seriously – spoiler warning, but if you’re not a fan of eye trauma, do not click that Play button. I haven’t squirmed like that since Fede Alvarez’s Evil Dead (electric kitchen knife scene). So, yeah, I’M FRIGGIN’ READY.

Here’s an interesting one. Eric Pham’s Flay was slated for a 2018 release until Sony decided the film’s Slenderman villain too closely resembled Victor Surge’s creepypasta creation (which they acquired the rights to), leading to a lawsuit to bar his film’s release in favor of Sony’s Slender Man. Now, after we’ve all forgotten Eerie Woodland Sound Effects: The Movie, Sony has lifted their lawsuit and Flay will premiere in theaters at Cannes followed by a limited theatrical run – despite Flay having been available on VOD since April 2nd? What a world.

“Fake Hunters. Real Ghosts. Complete Dicks.” Everything about Tony West’s DeadTectives sounds tailor-made to please this horror comedy lover. Fraudulent reality TV paranormal investigators encounter real haunts and spirits in Mexico’s most haunted mansion and are unequipped to handle the situation. Good on Shudder for acquiring the rights so I can project DeadTectives into my eyeballs ASAP (no official date yet).

Chicago genre film festival Cinepocalypse has announced its lineup, including some major titles like The Lodge or Glenn Danzig’s directorial debut Verotika plus surprise retro recoveries like a “gore cut” of Tammy And The T-Rex?! I repeat. An R-RATED “GORE CUT” OF TAMMY AND THE T-REX. Daily Dead posted a full rundown of the lineup for this year’s Cinepocalypse, which has quickly become a freak show you better have your eyes on.

Donato’s Dungeon will always stan a Samara Weaving project. In this case, filmmaking collective Radio Silence’s Ready Or Not. The V/H/S and Southbound (and *shivers* Devil’s Due) boys direct Weaving as a bride playing some sort of “time-honored tradition” family game that turns deadly (co-starring Adam Brody, Mark O’Brien, Henry Czerny, and Andie MacDowell). Brought into the House Of Mouse after Fox’s purchase, Disney has announced Ready Or Not will open August 23, 2019.

Brad Anderson’s had a spotty directorial past, but with Session 9 and The Machinist to his name, his projects are still newsworthy. Anderson’s latest, Book of Leaves, heads into Cannes’ market next week. Jonathan Hirschbein’s script follows a single mother and former nun who’s hired by the Vatican to appraise a 17th-century monastery where she finds the sinister “Book of Leaves.” Bad things happen, ‘ish gets weird, and we’ll see if Anderson has another indie horror darling on his hands.

First up, I obviously have to talk about the It: Chapter Two teaser trailer.

Pennywise is back to his old shapeshifting tricks in this first “teaser” trailer for It: Chapter 2, featuring the all-grown-up “Losers Club.” Oddly enough, it’s not *really* a trailer, but one of Jessica Chastain’s scenes cut about 2:30 long. Then a flash of horrors to come in montage formate speed-cycle. Moral of the story? You didn’t need to show me a lick of footage after It to hype me on Andy Muschietti’s sequel – but you did, and I’m even more amped now.

And now the rest…

So we’ve got flying robotic sharks, glassy-eyed zombies, Nazi science experiments, and, like – aw hell, can any of you decipher the industrial creature sci-fi horror going on here?

The directors of Goodnight Mommy team with Riley Keough for a wintry slice of Christmas horror dread. So much of this excites me.

RIM OF THE WORLD

Netflix and McG collaborate once again, this time on a kiddie-led alien invasion flick. Why not milk those Stranger Things vibes for all they’re worth?

Rose Byrne voices a robot who raises a child underground, Hilary Swank shows up to expose “Mother’s” lies, and a child’s bond to robotic maternal figure is tested. This looks…oddly interesting?

“First they bite you, then they become you.” In the mood for some indie-value doppelgänger creature horror? Here ya go!

Girl plays with Ouija board, girl summons the devil, girl records her possession experience via webcam. A digital horror story as old as the internet.

I’ll admit, films about characters with nothing to lose who are forced into morally ambiguous and self-sabotaging competitions intrigue me. Something like 2012’s Would You Rather. How much pain and suffering would you endure for a cash prize?

I’m getting some serious chill factors from this one. Nice usage of baby monitor cameras and the child endangerment shot surrounded by knives.

The indie horror world is wild, y’all. Who says sharks get to have all the weather-dominated horror fun?

True story: I grew up not far from Clinton Road. Everyone in my town and surrounding towns knew the “Weird N.J.” claims about a woman’s figure in one stretch of stream who’d throw coins back at you, or headlights that’d follow only to disappear, or any other urban legend on this unlit stretch of pitch-black backroads eerieness. Is any of it real? One time the headlights thing freaked us out a little. In any case, never did I think they’d make a Clinton Road movie featuring Ice-T?!

How. Does. This. Film. Exist. Dinosaur puppets with machine guns firing at tanks all against atrocious green screens and Clip Art animation?

If the crazy old hermit says she’s barring her door for a reason, probably keep it closed lest you allow skinsuit monsters inside for a fight!

Oh, and Happy Mother’s Day from Donato’s Dungeon and Chucky!

No one loves you quite like he does. ?? #ChildsPlayMovie #MothersDay pic.twitter.com/8obRUvokfG