Ryan Reynolds stars as a wisecracking version of Pikachu in the first live-action Pokémon movie adaptation.

The first live-action movie to explore the world of Pokémon stars… Ryan Reynolds? The Deadpool star voices Pikachu, the furry yellow icon of the Pokémon franchise. When detective Harry Goodman disappears, his son Tim (Justice Smith) teams up with Harry’s partner to track down the missing man. That partner is none other than the wise-cracking Pikachu, with whom Tim is unexpectedly able to communicate.

Detective Pikachu is a surprising and hilarious adventure on the neon-lit streets of Ryme City, where humans and Pokémon live side by side. As Tim and Pikachu meet new Pokémon during their search for Tim’s father, they uncover a conspiracy that could unravel their peaceful existence. Kathryn Newton (Lady Bird) also appears as the cub reporter Lucy, who is on the trail of a big story; while Ken Watanabe (Godzilla) plays Lt. Yoshida.

Generally favorable reviews based on 896 Reviews
77

While there ample missteps—a villain the audience doesn’t really care about, a lack of epic fights that brought the original audience to both the games and shows, and a predictable plot—the film manages to be a hell of a lot of fun, capturing the spirit of its source material as effectively as a well-aimed Poké Ball.

Sure, Detective Pikachu is messy and predictable, but the fact that director Rob Letterman and his team embrace the inherent absurdity of the Pokémon franchise as a whole means it’s a hoot. 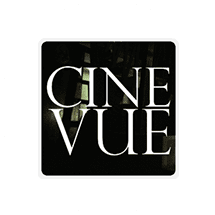 Despite its sizable budget, Detective Pikachu has a similarly run-down quality. What story there is barely makes sense, and it feels as if large chunks have been taken out at random. But in a world packed full of franchise-extending would-be blockbusters, there’s something strangely appealing about its patchiness.