Death isn’t the end but the beginning of the terrifying mysteries facing the Graham family in writer-director Ari Aster’s debut feature. When the difficult… More Details »

Death isn’t the end but the beginning of the terrifying mysteries facing the Graham family in writer-director Ari Aster’s debut feature. When the difficult matriarch of the family passes away, processing their grief should be the biggest hurdle facing her remaining family: her daughter Annie (Toni Collette), Annie’s husband Steve (Gabriel Byrne), and their children Peter (Alex Wolff) and Charlie (Milly Shapiro). But it soon becomes clear that Annie’s mother cast a long shadow, over Charlie in particular – and she may not be as dearly departed as they think. Her death has set off a chain reaction, unraveling the cryptic secrets in Annie’s ancestry and unleashing very real dangers her family can only begin to understand. What terrible fate have they inherited?

I believe people are seeing this for the wrong reason. If you want your typical horror movie you been conditioned to like: Jumpscares every 15mins and typical horror tropes, than THIS IS NOT YOUR MOVIE. This movie is a slow moving but heavily detail oriented film. It operates in belief that you will follow many scenes details and leave clues all over the film. Its wonderfully shot and long takes make moment feel unsettling. There is gore and many interesting concepts but its a hard story to follow and understand on the first viewing. This is what the horror genre (imo) should be unsettling imagery but also unsettling atmosphere not relying on a cheap scare tactic.

I feel compelled to defend this film because it was just that amazing! The people who are leaving bad reviews just.don't. get it. I mean this film is a horror masterpiece. A true horror film, it messes with your insides, it leaves you feeling defiled by the end of the film. It was awesome hearing the reactions in the theater especially during "that" first scene after the party. The director of this film directed the short "The Strange Thing About the Johnsons," so it's no surprise that this movie will shock you and it will leave you feeling some type of way for a good while, imo this is exactly what a horror film should do. Make your own judgment and watch this film.

Generally favorable reviews based on 1121 Reviews
88

Hereditary isn’t just a scary movie. It’s much, much, much worse than that. 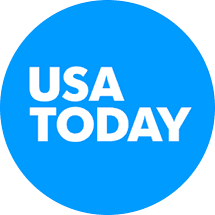 Hereditary is a great scare-fest and a middling domestic saga, one that probably needed to be either 90 minutes long and brimming with terror, or three hours long and suffused with glacial, Bergman-esque dread. Aster has charted a middle path, and for a first film, it’s hard to fault the skill he’s shown in doing it. 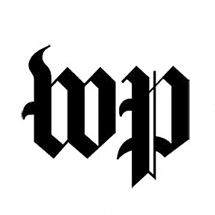