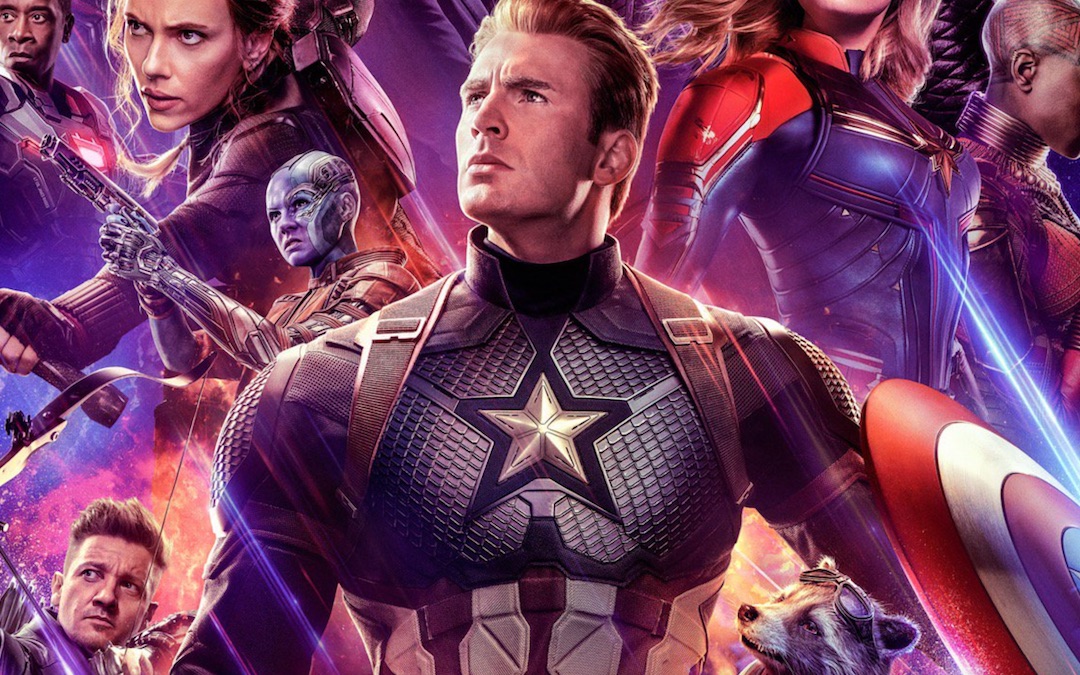 ‘Avengers: Endgame’ Review – SIX Reasons To See It In Theaters

It’s finally here. After a decade in the making, Avengers: Endgame, the movie that ties up the entire Infinity Gauntlet arc for the MCU. Thanos, the Infinity Stones, the earthbound and cosmic and mystical forces of the Marvel universe coming together. You know the drill: A year ago, Thanos snapped half of the entire universe out of existence. Now the remaining Avengers, Guardians of the Galaxy, and their new bff Captain Marvel must join forces with whatever – and whomever – they have at their disposal to right Thanos’ wrongs.

So does it live up to the hype? Is it a fitting culmination of a decade of storytelling, a worthy end to the epic arc of the first three phases of the MCU and a solid sendoff to the heroes we’ve loved for so many years? In honor of all the above, Alisha Grauso and Phil Pirrello are joining forces to give you not three, but six reasons to see Avengers: Endgame while it’s in theaters.

WARNING: While we’ll try our best not to spoil any big moments, there will still be the tiniest of spoilers. You’ve been warned.

If Tony Stark has been the progenitor of the entire MCU as Iron Man and Infinity War could arguably be called Thor’s movie, then Endgame, in many ways, is Captain America’s. The remaining Avengers (and a few newcomers to the team) get a surprisingly balanced time in the spotlight, but the heart and soul of this movie belong to Steve Rogers, that scrappy kid from Brooklyn who never quits – and Chris Evans steps up to the plate and crushes it over the park wall. Over the last eight years, he has grown both into the character and as an actor, and it all comes together here with Evans hitting every single beat. It’s Steve, the stoic tree trunk of the Avengers, whose emotions are most openly on display in Endgame. When he and Tony fight, you see every word hit him like a lash across the face; the weight of their failure in the lines of his slumped shoulders. Captain America, the archetype of “manly,” cries in this movie, and openly. But it is also Cap – yes, uptight nonagenarian Steve Rogers – who has the lion’s share of the best deadpan lines in the entire movie. Evans may not have the zany comedic delivery of Chris Hemsworth, but he yanks some genuine belly laughs out of you, both in jokes he delivers and, in particular, one small running joke aimed at him – or rather, ahem – that Cap booty. Seriously, bless the booty, long may it reign. Simply put, Evans is astonishingly good in Endgame, and he needed to be. He’s the glue that holds the movie together and if he were a shade less on his game, Endgame simply would not have worked.

Let me state for the record, I generally hate the term “fan service.” On principle, you know. It normally means the sort of suck-up, hamfisted writing that is stuffed full of clunky beats that feel as false as they do pandering. But not here. Not here. Avengers: Endgame weaves fan service moments all throughout the movie, but – and this is the important part – it all works. If any franchise and any group of actors have earned it, it’s this one. The remarkable thing, and what makes you realize how truly and tightly piloted the MCU has been, is that every single moment of fan service, every single payoff, feels earned. They all weave naturally into the storylines they’ve been building one brick at a time for years.

Look, it’s not to be underestimated just how much story the Russos (and longtime screenwriters Christopher Markus and Stephen McFeely) have had to tell in the last two Avengers movies. There is an entire chess board of pieces to move around in terms of plot points and characters. And yet it’s all balanced. Unlike so many other Marvel movies to date, this one felt like a true end – because it was. Storylines came to complete and irreversible conclusions, loose ends were tied up and snipped off neatly. People we love were lost and will not come back. And others we lost in Infinity War stayed lost. But, as with all ends, there were planted the saplings of new beginnings. One action sequence in particular during the final epic battle – let me know later if you spot it – is a physical representation of passing the torch from the OG Avengers to the new trio upon whose backs the future of the MCU will be built for years to come. It is heartwrenching to see the original Avengers step from their place in the spotlight, but Endgame makes it clear that the future of our universe will be in good hands moving forward. The ideas and possibilities it plants are exciting – and, dare I say, even hint at the jumping off point for a few of those Marvel series coming our way via Disney+. Trust me, Marvel fans – the future’s gonna be just fine.

And now for Phil’s three reasons:

4. The Cast Delivers Their Best Performances

The Avengers that made it out of Infinity War alive have survivor’s remorse, and like Tony says – “resentment is corrosive.” That guilt leaks into every choice the team makes, as does the hope of maybe being able to turn it all around, and the impressive cast has never been better as they portray all that. Endgame’s performances are top-tier for both Marvel and the genre overall; the film’s MVPs are Scarlett Johansson, Chrises Evans and Hemsworth, and RDJ. Especially Johansson. Early on, we find Nat overseeing a certain faction of the Avengers’ activities in a post-Snap world. She’s alone at the NY base, grief-eating a peanut butter sandwich, and there’s a beat where she learns more about Clint’s murder-y activities after all that’s happened. All the conflict about that realization of what her friend and comrade has become, Johansson sells it with just one internalized look and – bam – that’s why she’s a movie star. And as exceptional as the cast is selling the dramatic beats, their comedic chops have never been better – like Alisha mentioned above, we could watch Steve Rogers and Thor do deadpan all day.

5. It’s About More Than Just Punching

While the battle to undo all that Thanos did is one filled with epic set pieces (more on that later), Endgame’s story is not driven by or in service of them. Rather, it’s a drama about grief and redemption hiding out in a summer blockbuster in a shared universe. You take away all the CG and space ships and kick-punching and the reason why this movie works on a gut level is because of the characters. Earth’s mightiest heroes are broken, not sprained — they’ve lost before but never really suffered loss. Not like this. And they’re willing to give their lives for a second chance to save all the ones they couldn’t the first time. Audiences can’t get this dynamic anywhere else on the big screen, The Russos and screenwriters Stephen McFeely and Christopher Marcus know that, and they dramatize that to its most emotionally honest and compelling conclusion. With over a decade’s worth of storylines and characters to serve, the fact that the filmmakers honor all the drama therein as effortlessly as it seems is worth the price of admission alone.

As news stories fly about the rise of streaming “killing” the theatrical experience, rest easy in the fact that Endgame – especially its third act – is full of “Ah, so that’s why we go to the movies” moments. Whatever your expectations are for seeing Every. Avenger. Assembled. Ever? Double it. And then you’ll have a vague conception of what the movie delivers. The final showdown is both too much and not enough; it’s jaw-droppingly epic in scope and full of fist-pumping moments and character team-ups that will make you clap as the action also pulls considerably on your heartstrings. Nearly every major hero is given the exact amount of whatever they and the climax need to drive the film to its victorious (and bittersweet) conclusion. The run time breezes by and you’ll wish you could just stay in this third act battle and interact with it like its a VR experience. It’s rich with detail and contains one of the best shots ever in the MCU – a splash-panel worthy spread of a lone Captain America facing down a nightmare. Going to the movies doesn’t get much better than this.

Avengers: Endgame is in theaters this Thursday. Get your tickets before they’re gone.

Avengers: Endgame is out in theaters, and audiences around the world did “whatever it takes” to get the film all the way to $1 billion worldwide...

‘Avengers: Endgame’ Is Returning To Theaters With New Footage

Disney and Marvel seem to need your help to take down Avatar. With Avengers: Endgame only $40 million shy ($2.74 billion) of taking the all-time...