When the war ended, his battle began. Based on Laura Hillenbrand's bestselling book, UNBROKEN: PATH TO REDEMPTION begins where Unbroken ends, sharing the next… More Details »

Continuing the remarkable true story of Olympian and World War II hero Louis Zamperini (Samuel Hunt), Unbroken: Path To Redemption picks up where the hit film Unbroken left off. Haunted by the memories of his time as a prisoner of war, Zamperini returns home and tries to put the pieces of his life back together. He falls in love and marries Cynthia (Merritt Patterson). He takes up running again. But he can’t let go of his need for revenge, and his lingering wrath and pain threatens to tear his marriage and world apart. A chance encounter with Billy Graham’s 1949 Los Angeles Crusade may give Cynthia the faith to hold on – and Louis a chance to find the peace that eludes him. Directed by Harold Kronk (God's Not Dead), the film is inspired by the bestselling non-fiction book by Laura Hillenbrand.

Great movie! Wonderful to see the continuation of Louis Zamperini's life after the war.

A great movie , clean and another story of how Jesus saves!

Mixed or average reviews based on 9 Reviews
50

The movie delivers an inspiring message about the power of faith and forgiveness, which is its obvious raison d'etre. But it does so in the sort of formulaic, cliched and simplistic manner that afflicts so many inspirational films.

Zoran Popovic’s uninspired cinematography, paired with barely credible production design, give “Path to Redemption” the aesthetic feel of a low-budget reenactment segment in a basic cable history show. The performances operate at about the same level; no one gets to shine beyond over-acting during a few emotionally charged scenes.

Hunt gives it as all as the tortured Louis, but Patterson is the heart and soul of the film, giving a far more interesting performance as his long-suffering wife. 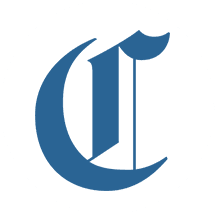