Not all vigilantes wear capes. Sometimes they’re just angry men on a mission to find the criminals that viciously attacked their wives and daughters. Bruce… More Details »

Not all vigilantes wear capes. Sometimes they’re just angry men on a mission to find the criminals that viciously attacked their wives and daughters. Bruce Willis stars as Dr. Paul Kersey, a Chicago surgeon who spends his days saving lives, until one fateful night a home invasion gone wrong leaves his family in tatters. When the cops fail to find the assailants, Kersey sets aside his oaths, takes up a gun and stalks the streets, doling out his own brand of bloody justice. As the body count rises on his quest for revenge, the media takes notice - and Paul finds himself becoming something of a local hero in the process. Eli Roth directs this visceral update of the 1974 Charles Bronson original, which in turn was based on a novel by Brian Garfield. The film also stars Vincent D'Onofrio, Elisabeth Shue, Mike Epps, and Dean Norris.

Great plot but dragged a little

Generally favorable reviews based on 189 Reviews
30

Eli Roth and screenwriter Joe Carnahan could have done the same thing, manifesting the rages and fears that afflict the country we live in right now. Instead they offer a cheap and dishonest Death Wish that (references to social media notwithstanding) is interchangeable with get-tough knockoffs that have flooded cinemas for decades.

Death Wish takes the serious topic of vigilante violence and reduces it to melodramatic hero worship, and it’s not even particularly good at that. The action is forgettable and the plot barely holds together. 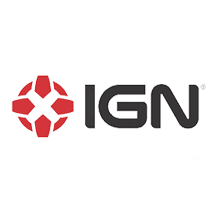 As soon as Willis deploys his trademark smirk, and the comfortable vengeance of tracking down his wife’s killers while avoiding detection takes over, it just becomes a million other B-movies about lowlifes getting what they deserve.