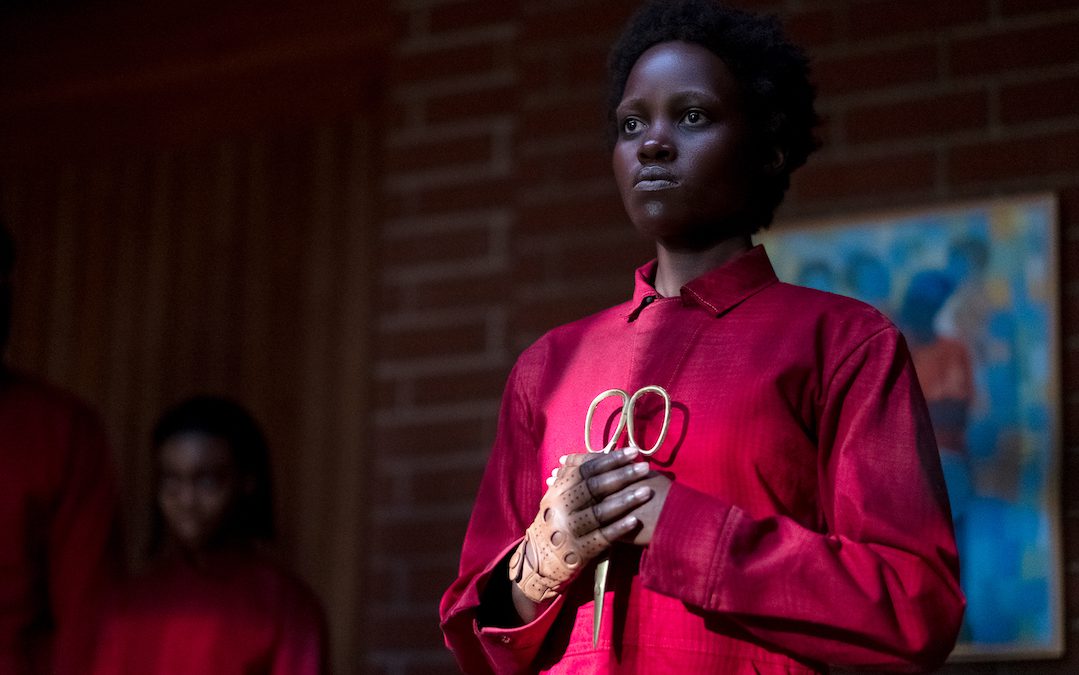 What Makes Something A ‘Horror’ Movie?

As the horror genre continues to thrive by modern assimilation and continued rejuvenation – just like it always has – provocateurs dredge up the same frustrating conversation. “[X] movie isn’t really a horror movie, though,” scoffs those who scribble an asterisk next to their love of It or Hereditary or Get Out. Classification headbutting distracts from more interesting discourse exploring significant works of film art, ever since we’ve become a culture obsessed with black-and-white distinction versus freedom of interpretation. Jordan Peele’s doppelgänger chiller Us is the latest such film to stoke these fires (despite Peele himself weighing in and saying it most definitely is a horror movie), just as Get Out was lauded a “social thriller” by authorities and gatekeepers who refuse to utter that wretched “H” word.

You know…[looks around to make sure no one is listening]…“horror.”

Cinema evolves and genres morph, but that doesn’t make them any less “genrefied.” I’m not going to sit down and parse out a list of movies that are assuredly, inarguably, how-don’t-you-get-this-is-1,000%-horror – that’s for drunk barroom arguments. Instead, I’d like to squash the rampant dismissing of horror as a lesser art form by showing this elastic genre’s versatility. No more picking around corpse grinders while professing quality and horror cannot be linked. Horror fans have earned the right to share the successes of Get Out and similarly ascended examples with mainstream publications. We don’t bite (that hard), I promise.

“So, you saw a horror movie you liked but refuse to publicly admit you like horror movies…” pic.twitter.com/v62IXNO9w0

Even Peele remarked during Us’ SXSW Q&A that he doesn’t care if viewers define his films as “horror” or not. Simple answer: escape is not an option. Critics and audiences are still, to this day, arguing Get Out’s categorization, inserting lines into their Us reviews like “Sure, Get Out wasn’t a horror film per se, but it definitely scared the crap out of a lot of folks” [initiate ragestroke]. This sentence, in particular, contains vast amounts of context worth unpacking and highlights a fundamental misunderstanding of horror on radioactive Chernobyl levels. Peele’s sense of vision as a horror filmmaker is what sets Get Out and Us apart – never a traditional slasher nor home invasion – yet they are still firmly under the horror genre’s novelty-sized umbrella.

Sorry for reanimating a dead horse and beating it senseless again, but cha’boi has some feelings.

I do understand what “elevated horror” is intended to convey, but that acceptance is overwritten by the misguided definition of “elevated horror” in the first place. “Elevated horror” was originally meant to encompass arthouse, indie horror or cerebral, more off-brand horror stories that don’t lean into machete-waving villains, jump scares, or overused campfire formulas – but that’s not how “elevated horror” reads now. Ask random passers-by on the street how the phrase translates, and they’ll likely answer with what we’ve all heard a billion times: “A horror movie with actual substance.”

A misconception, as zealous horror lovers will attest, given how horror has forever instilled filmmakers who get their start in the genre with a foundation that has no boundaries or limits on imagination or technical prowess. Ambition has never been in short order as far as horror is concerned. Sometimes it’s just easy to forget that, say, George A. Romero’s Night/Dawn/Day trilogy bites harder into social commentaries than prosthetic flesh.

David Robert Mitchell’s It Follows marks the first time “elevated horror” openly rattled around theater hallways with groundswell usage. Since then, it’s been tossed at Robert Eggers’ The Witch, Luca Guadagnino’s Suspiria, Ari Aster’s Hereditary – movies trademarked by alarming elegance and unhinged stylistic abandon and film student notetaking that can be appreciated by midnight popcorn munchers and daytime press screening critics with parallel enthusiasm. But instead of bringing those diverse groups together, the term “elevated horror” divides viewership into cliques, insinuates a lack of comprehension on one side, and incorrectly labels “regular” horror lovers as lower-class. It’s a weak crutch phrase not intended to inflict harm but has become this halfway thought-out buzzword without context.

The good thing is, anyone who uses the term “elevated horror” has an easy fix right in front of them. No argument over “buts” and “nots,” just full admission that while, say, The Witch may be a claustrophobically slow-burn period piece about puritanical beliefs and black magic worship, it’s inarguably a horror movie’s representation of bygone farmhouse blasphemy. All that grotesque, morbid imagery and dismantling panic in Hereditary? Suspiria’s dance macabre? Horror, horror, and more horror. Here’s a fun exercise for y’all. Next time you go to use the phrase “elevated horror,” just delete the “elevated” part. It’s quicker, doesn’t draw property lines, and it’s still right! Problem solved.

Horror Movies Can Be Scary, Funny, Romantic, Or All At Once

Can we issue a moratorium on the idea that horror movies are only ever scary? No fail, that’s the comment that pops up most when reviewing genre films: “[X] movie didn’t scare me, so it’s not a horror film.” Well, for one, fears are like snowflakes and no single person will react to terror exactly like another. For instance – I find the Paranormal Activity movies terrifying because my biggest anxieties stem from the unknown. Friends mercilessly mock my weakened knees at the sight of doors opening or bed covers drawing back, but they weren’t wide awake in their college dorm after experiencing Oren Peli’s original Paranormal Activity opening night, unable to sleep and troubled by occurrences without explanation. Subjectivity, my friend, is not projectable.

The unsettling creepiness of ‘Paranormal Activity’

As horror has evolved away from Friday the 13th teenage killers and campier schlock as some regard it (I can’t wait for that boomerang to swing back around, personally), filmmakers weaponize new, fresh outlooks and methodologies to craft resonantly bold statements through horror. For example, you have Justin Benson and Aaron Moorhead’s Spring; a justification that horror can, indeed, be graphic and romantic. Alice Lowe’s Prevenge addresses prenatal pregnancy paranoia through a slasher’s grimy lens. Last year featured an unprecedented onslaught of family and parent-based horror titles, all of which evoke a primal protector’s dread as mothers and fathers must fight harder than ever in today’s age to keep their kids safe. Horror runs a gauntlet of emotional leaps, and filmmakers all approach existential bleakness and death in their unique way – just because you laughed doesn’t mean all horror bets are off.

As Times Change, So Does Horror

Generationally, as decades pass and audiences crave something new, horror has adapted in stride – but it never stopped being horror. 1980s slashterpieces became 1990s meta-humor rulebreakers, which transferred into 2000s reboot culture, then into our still-burgeoning “arthouse” renaissance of late. Real-life horrors of the times dictate what’s displayed on-screen, from nuclear war to classism to Reaganesque politics to racial injustice to anything. Screams have previously and often played second-fiddle to poignant, fangs-out commentary. Watch a documentary like Horror Noire: A History Of Black Horror and you’ll be reminded just how impassioned horror filmmakers, actors, and creators have been since film’s invention. The packaging may be updated – tighter Blumhouse budgets, studio faith in safe projects, the rise of VOD access, new kingdoms of streaming channels, minority representation at long last – but all the building blocks of horror are still identifiable.

Ticketholders look to theater releases for rigid definitions, it seems. As eras pass, studios base greenlights on current demand (what works once will be repeated ad nauseam). Given how average moviegoers aren’t digging into video-on-demand or limited release titles as much as wider releases, they aren’t subjected to how indies and direct-to-video or video-on-demand are birthing subgenres overnight. To the untrained, common eye, horror may have died in the late ’90s and early ’00s, only to be “saved” by The Conjuring. As producers were once churning out A Nightmare On Elm Street or Halloween sequels, a decline in big-ticket horror outputs became noticeable. Fast-forward to now, a time where horror can be more than just straightforwardly scary, and some audiences aren’t sure what to think. Different is confusing, different is new, but the reality is horror’s been gradually forming and reshaping itself since inception – you just might not have witnessed it yourself.

There’s More To Horror Than Meets The Eye

Jason Voorhees is an icon for a reason – but he’s not the only one.

Boiling horror down to hallmark scares like Jason Voorhees appearing in a bathroom mirror as it shuts – or Poltergeist’s clown who drags Robbie beneath his bed – isn’t wrong, necessarily. Those highlights best equate to a basic moviegoer’s understanding of horror cinema; they’re iconic scenes for a reason. As on-screen nightmares have entered this period where in-your-face jolts are traded for ominous, more lingering sensations of creeping fear – something traditional audiences might not be used to calling horror – questions arise: “Is this horror?” A fair question to someone being introduced to what seems like a wildly different version than what’s been ingrained in them.

My answer? A resounding, exhaustive, “Yes!” If you have to argue that a movie shouldn’t be classified as horror, guess what – it’s probably a horror movie. Stop questioning what horror can’t do and start applauding everything it can. In a single day at any given Fantastic Fest or Fantasia Festival, you can behold a Christmas-themed zombie musical, a pitch-dark Mexican folktale about haunting graffiti, a Lovecraftian WWII Re-Animator riff with Nazi experiments gone rabid, hilarious satire on hunter/killer with over-the-top death sequences – all in the same block. James Wan’s Conjurverse may represent the traditional look of horror, but that’s certainly not the only take. As horror evolves into an infinitely-headed beast, so must our own preconceptions morph. Grow with it. Don’t fight it. Horror will outlive us all, but in what form? I have no idea – and can’t wait to find out (from beyond the grave, obviously).

This year, we celebrate Martin Luther King Jr. Day 2021 on Monday, January 18th – that’s this Monday, for those of you who, like most...

A new year, a new slate of movie releases to look forward to. Even though most movies will still likely be hitting home on streaming platforms in...

It’s fair to say that 2020 was not what any of us expected in a lot of ways, including at the local movie theater. But there were still new...