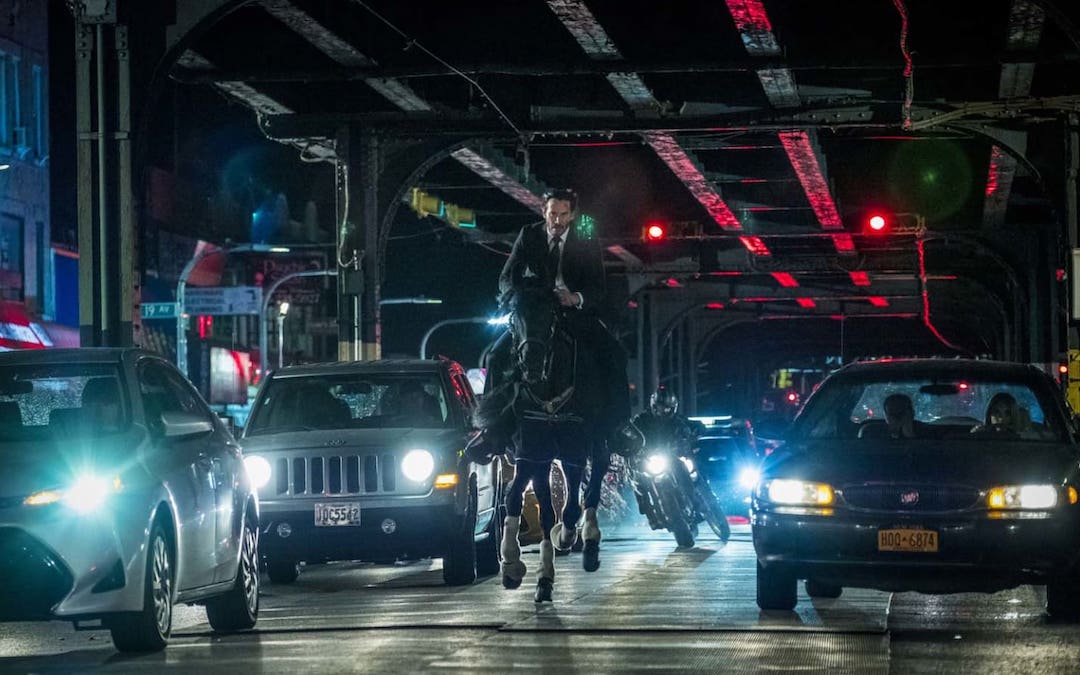 Action films are special. Car chases and explosions, intrigue and killer stunts help us buy into plotlines that are rarely sensical or well-rounded. Who in the world wants to think about logic when a spy is jumping out of a burning plane with no ‘chute, or a hitman leaps from building to building like someone who won’t die if their foot slips and they plummet the hundreds of feet to the ground? Action for action’s sake is a fantastically fun storytelling tool that deserves all the love the world has for it.

But what happens when you put something deep, layered, and tremendously complex underneath all of those explosions and killer stunts?

‘John Wick’ Gave Us Something More Than The Typical Action Flick

John Wick unexpectedly seized the collective imagination of moviegoers in 2014. While on the surface, the story of revenge is seemingly simple, there’s something incredibly unique about the film and its follow-up in 2017. We had our hero, John (played by the ageless Keanu Reeves), who just wanted to get out of the assassination game to live a normal life. When that life was ripped from him due to circumstances only the gods could have stopped, he found himself lost.

Upon her death, John’s beloved wife left behind one last parting gift: a puppy. We get to spend just enough time with the little thing to know that we adore her. Then some idiots who think they can just up and steal a car from John freaking Wick kill her – and that’s when John Wick comes out of retirement to go on a bloody rampage to avenge the death of his dog. In print, the premise is a little ridiculous and that’s where the film should have lost folks. But that’s not what happened.

Instead, a cultural phenomenon of a franchise would be launched from the murder of one small dog. Throughout the first installment, we watch John systematically take down every last idiot who took the last remnants of his wife from him. And John Wick could have survived on that premise alone if it had chosen to. If some jerks kick off a movie by killing a puppy, you bet your butt I’ll be watching anywhere from two to three hours of the dog’s owner savagely seeking revenge. That movie would still be memorable, but not in the genre-changing way this film was meant to be.

An Entire Mythology Has Emerged From The Violence

Another world starts to surface as we follow along with John’s bloody quest for vengeance. We get told that he’s the best of the best from the beginning but there is never a point in the series where it stops showing it. He’s spoken of in near-mythical terms from his fellow hitpeople and assassins; he is the Boogeyman of boogeymen, but the incredible thing is that the movie backs that up. The backdrop for the illustration of Wick’s prowess for straight-up murdering anyone he sees fit is The Continental, the hub of the secret society of the most impressive assassins in the world. Like any good secret society, The Continental has rules. With those rules comes a rich lore writer Derek Kolstad has been wise to seed in pieces as the franchise progresses.

Listen, y’all. John Wick: Chapter 3 – Parabellum features Keanu Reeves fighting on horseback. We’re all lining up to get into a theater to see that regardless of what else the movie has going on, but it’s the lore of The Continental that keeps me thinking about this franchise over and over again in between viewings. We know the primary rules: no business can be conducted on the hotel premises; blood oaths must be carried out (the holder of the oath cannot be murdered to get out of it, either). We’ve also been told that there’s a High Council, but know that each branch of The Continental is independently managed. Branch managers are allowed to run their business as they see fit, provided they abide by the above two laws.

They’re such simple things, but they inspire so many questions. How is the High Council appointed? How do the managers of The Continental get chosen? Are they elected or appointed or something else entirely? And then there are the more immediate questions about John Wick himself: How did he become the best in the business? Why is he feared by every other assassin? Why does Winston have such a soft spot for him? You want to know everything all at once but, at the same time, it’s that mystery, with all its tiny details, that keeps you enamored with this assassin subculture.

The Relationships Are Given Mystery And Agency

The relationships of the franchise are another realm of mystery to mine for future stories. So many relationships are already in progress (or long-since destroyed) by the time we’re introduced to them. Nearly everyone John meets, he knows already, but we learn little to nothing about them. From the Bowery King (Laurence Fishburne) to Gianna D’Antonio (Claudia Gerini) to Anjelica Huston as The Director in the upcoming third installment, we are brought in at whatever given point in their relationship with John and left to connect the dots. The audience is trusted to be smart enough to suss out the relationship on its own – smartly, the John Wick franchise doesn’t engage in hand-holding of the audience, for the better.

But let’s circle back to Gianna D’Antonio for a moment. It’s been a slow process, but, over the years we’ve finally started to see the women in action films (or, hell, films in general) start to get a little bit of autonomy. The death of Gianna D’Antonio in John Wick: Chapter 2 should be used in master classes to illustrate female sovereignty over their narratives. Gianna knows full well why John showed up on her door. She learns of her brother’s betrayal, and knows that she cannot best the Baba Yaga. Rather than fight a losing battle, or stoop so low as to beg, she elects to take her own life.

The scene that follows is an incredible illustration of mutual respect between John and his target. When faced with the inevitability of her own death, Gianna decides that it will be done her way. John sits with her until her final breath, despite knowing that he’ll have to deal with her protector, Cassian (Common), immediately after.

The rules that are meant to protect John and his ilk quickly turn against him when he finds himself facing down both teams of the D’Antonio children. While he’s able to take down both Cassian and Ares (Ruby Rose), we quickly see him decide that the rules aren’t really protecting who they’re meant to. John’s next move might have been his last as a member of The Continental, but it will ultimately result in what we can assume will be more answers in Parabellum.

The teams behind Chapter 3 have ensured that fans have as little information about the film as possible, which certainly isn’t a complaint. We might not know for sure what we’re getting into, but the first two installments have certainly earned our trust in the franchise. Here’s to more action, lore, and agency to all characters involved!

September is the traditional back-to-school month and that means the stream of blockbusters that floods movie theaters all summer slows down....

Fall is almost here, which means Halloween is just around the corner and that means horror movie season is upon us. This fall has something for...

On Friday, October 1, YA drama After We Fell hits theaters. If you’re not a teenage girl or woman in your 20s, you might be forgiven for...