‘Scary Stories To Tell In The Dark’ Review: Three Reasons To See It

An entire generation of kids was scarred and scared in the ’80s thanks to Alvin Schwartz’ Scary Stories to Tell in the Dark book trilogy, thanks in large part to artist Stephen Gammell’s haunting illustrations. Now, a brand-new generation gets to be scared in a different medium with director André Øvredal and producer Guillermo del Toro set to release the movie adaptation this weekend.

The book anthology is a collection of short stories, some no more than one page. As a result, the adaptation is considerably different in structure than the original material, which had no overarching narrative. In the movie, a group of outcasts (think a milder version of the Losers Club from IT) sneak into a haunted house on Halloween while trying to evade bullies. There, they find and take a book supposedly written by the late Sarah Bellows, the disfigured, imprisoned daughter of the family who previously owned the house. But reading the book awakens the wrath of Sarah, and the monstrous stories in her books start coming to life.

So how does Scary Stories compare to the books? Is it a worthwhile adaptation or a dud? Read on to find out three reasons to see this in theaters. Warning: Mild spoilers do abound.

1. The Practical Effects Are Great

The scarecrow Harold in ‘Scary Stories to Tell in the Dark’ (Courtesy: CBS Films)

Del Toro is well-known for being a practical effects lover, using as much of it as possible in everything he directs and produces. But Øvredal is also a fan of utilizing practical methods over digital. Fom the start, the duo were committed to making the movie as practical as possible. In a recent interview I did with the pair, del Toro expressed the fact he believes you get far better performances from your actors when they’re not acting opposite a green screen, and that it lends monsters and creepy-crawlies a tangibility that you can’t get with CGI.

To that end, Scary Stories is a loving tribute to the art and craft of practical effects. The monsters appear to be ripped straight from the pages of Gammell’s original illustrations from scarecrow Harold’s ghastly corpse-face to the Pale Lady’s stretched, eerily serene grin. For my money, Harold was the most terrifying creation on the screen (admittedly, he’s always been the monster from the books that scared me most), but Jangly Man, a brand-new character for the movie, is certain to be #1 on quite a few lists thanks to actor Troy James. James is a contortionist whose work has appeared in a number of TV shows and movies, and his inhuman ability to contort and twist his body into some truly gruesome-looking positions is supremely creepy stuff. At my screening, I heard a kid in the row behind me go, “Oh, no” in awe in one Jangly Man scene; it’s impressive how spider-like and freaky James makes Jangly Man appear.

2. It’s Wonderful To See A Latinx Character In A Positive Light

Michael Garza as Ramón Morales in ‘Scary Stories to Tell in the Dark’ (Courtesy: CBS Films)

Zoe Margaret Colletti’s Stella Nicholls is arguably the main protagonist of the movie. But for my money, it’s Michael Garza’s Ramón Morales who is the soul of the movie. Set during the Vietnam War era, Ramón, more than any other character, is the embodiment of the troubled times of the late ’60s and early ’70s, when young men were being dragged off to a pointless war and returned permanently broken. Ramón might be a draft dodger, but that doesn’t mean he’s a coward. In fact, he’s often the bravest kid in the movie, the first one to move to bear the brunt of whatever terror is bearing down on them, walk into a dark room, and sacrifice himself to protect others. It’s not that he’s not brave; he’s just brave on his own terms, and his own terms don’t mean being used as cannon fodder by an indifferent U.S. government.

It’s refreshing and necessary to see a Latino character portrayed in such a positive light, particularly because there is no glossing over of the racism he experiences. Øvredal doesn’t shy away from the realities of the time: “Wetback” is a slur that gets tossed at Ramón often and the white cop of the small town treats him with the casual racism that so many minorities experience on a regular basis. It’s important to see Ramón portrayed as a hero, respectful, good-hearted, and part of the normal fabric of the United States, especially for other Latinx kids who will watch this movie and see their struggles reflected, but also their courage and goodness.

3. It’s A Perfect Gateway Movie To Get Kids Into Horror

Chuck (Austin Zajur) runs from the Pale Lady in ‘Scary Stories to Tell in the Dark’ (Courtesy: CBS Films)

Scary Stories is the sort of movie we used to get in the ’80s, the kind that isn’t made anymore. I mean that in a positive way. Partly due to the effects of the PG-13 rating, partly due to changing tastes, and partly due to the proliferation of helicopter parents, there simply are few kids adventure movies being made now. Even fewer are ones that are genuinely scary. But Scary Stories doesn’t hold back on the terrifying elements – and there are genuine consequences. While the end makes it clear they are hoping this is the first of a franchise, the stakes in this movie are real. Kids disappear, get dragged away by monsters, killed. The movie doesn’t dumb itself down to the demographic it’s targeting, something so rare with kids movies in our current era. That’s a great thing.

Horror is good for kids. For kids, who are growing up in a scary world full of uncertainty, stories where underdog kids just like them fight real monsters makes all their real-life anxieties seem more manageable. It gives power to the powerless, and that’s something kids need to see. Theories have also suggested that horror, introduced in the right way, teaches kids empathy for others and to be more in tune with their emotions. Movies like The House with a Clock in its Walls (also an adaptation of a kids book) and Scary Stories are the perfect gateway movies to ease kids into the horror genre.

Not everything in the movie worked for me, admittedly. The scary parts were far more interesting and well-crafted than the often-draggy bits in the middle; not all the actors made memorable impressions on screen. But for my money, it’s a movie that is a great nostalgia blast for parents and a fun jump-scare time for kids.

Scary Stories to Tell in the Dark is in theaters this weekend.

The title, desaturated poster design, and trappings of IFC Midnight’s The Wretched makes it appear, at first glance, that it’s going... 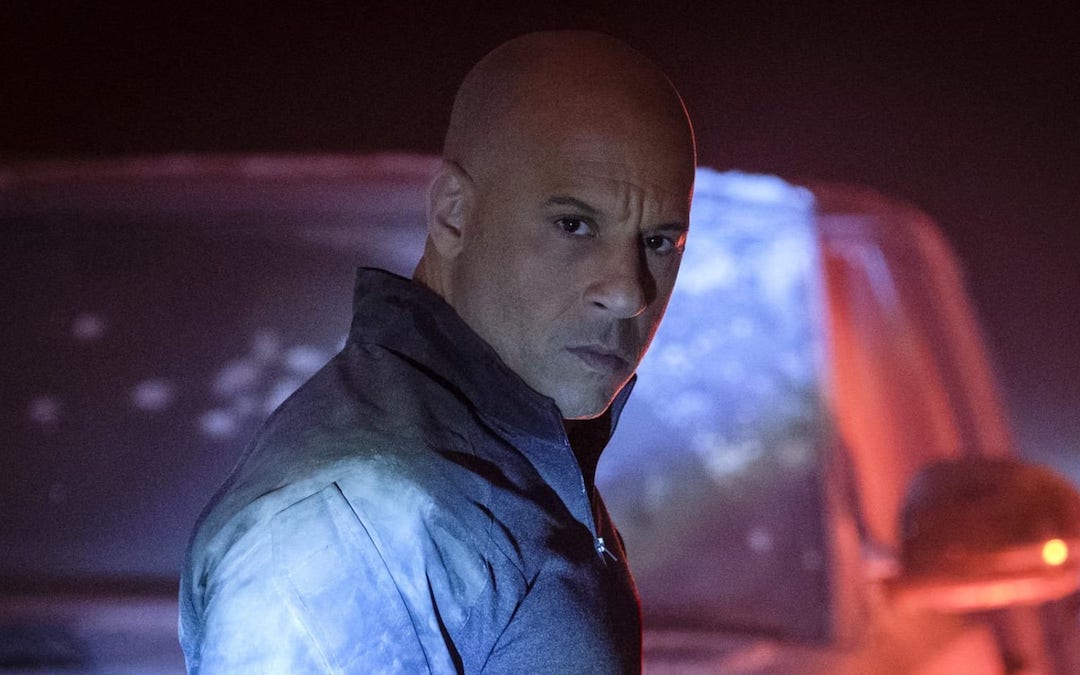 In an uncertain world with uncertain times, it’s nice to know we can rely on the certainty of Vin Diesel starring in an action flick. His... 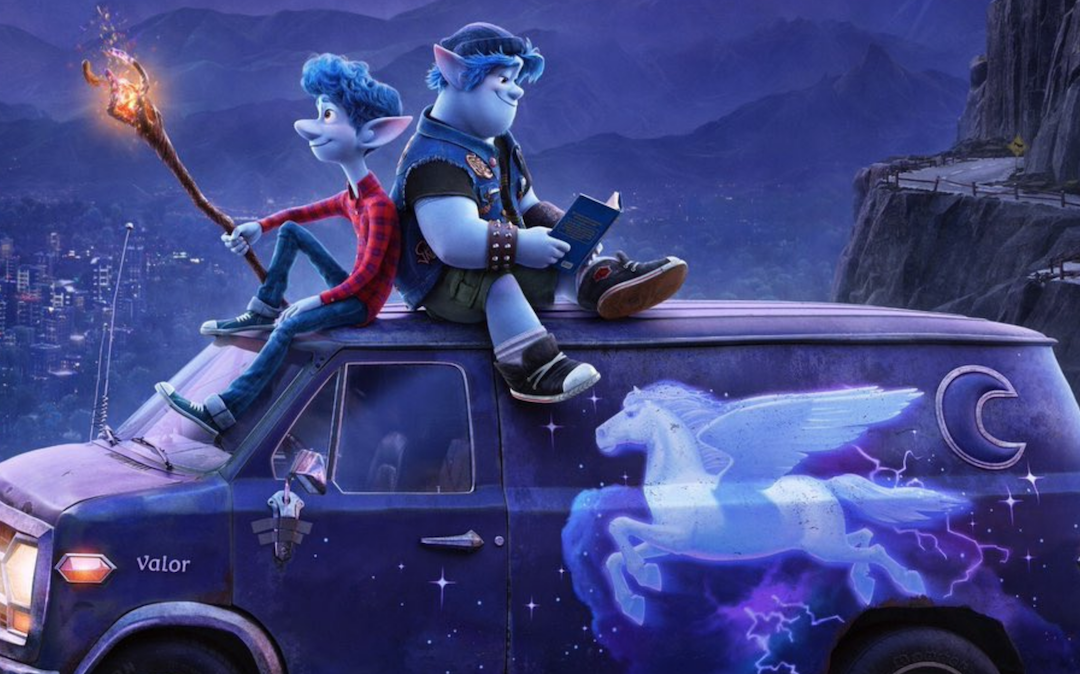 Pixar’s latest, Onward, is set to hit theaters this week and it’s a departure from other Pixar films to date. While Pixar movies...