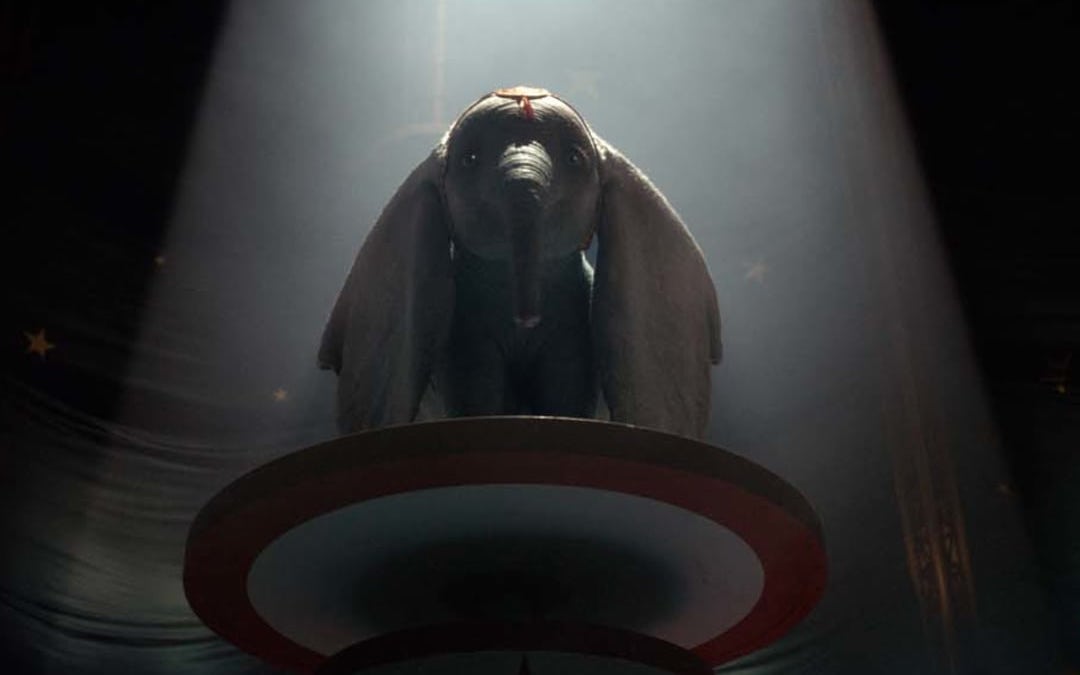 How Tim Burton’s ‘Dumbo’ Celebrates That Being Weird Is Beautiful

Disney’s original Dumbo scarred many of us as a child. So when I learned that the studio had decided to add the animated film to their roster of live-action remakes – one directed by Tim Burton, no less – it almost felt like a personal attack. Why would Disney want to scar me and a whole new generation of children?!

Imagining what Burton’s signature aesthetic would look like on a Disney property as beloved as this one, how the Beetlejuice director would bring the story’s nightmarish pink elephants and clowns to live, lead to an instant “skip it” from me. Despite my reservations, I braved a screening of the film anyway. And what happened was the last thing I ever thought would: Tim Burton didn’t scar me. In fact, his Dumbo helped prove that as “weird” as the flying elephant appears to those humans that don’t understand him, weird isn’t a thing to be ashamed of. It’s something to be celebrated.

The Original Wasn’t As Kind To Dumbo

The original Dumbo, with its lean (but slow-paced) 60-minute runtime, allowed for Burton and screenwriter Ehren Kruger’s remake plenty of leeway to expand upon the core elements of the underdog story while honoring what came before. The remake preserved the antagonism Dumbo suffers from both human characters and his fellow animals, but it avoids some of the extremes of the original. Snooty female elephants at least don’t snub him or refuse to let him eat; clowns don’t want to make him jump a 1000 feet into a barrel of water for their enjoyment (though they do make him perform other scary acts).

All because he’s a baby elephant with huge ears. Because he is different.

Burton has made a career out of embracing weird and odd and “outside the norm” characters as truly special. We always fear what we don’t understand, traditionally, and Burton visually and thematically subverts that unfortunate truth to inspire people not to lie about who – or what – they really are. Some of the best movies he’s directed are successful largely because the filmmaker understands the inherent beauty in being different. He appreciates and arguably idolizes those differences, not just with Dumbo but in all the characters who inhabit the movie’s Medici Brothers Circus, owned and operated by Max Medici (Danny Devito).

The Medici Circus is a ramshackle affair, but one that is beloved by those members of its traveling show. It is a place that, despite moving from town to town, serves as a constant safe space for those living under its big top. It’s where they find acceptance in a world that largely deems them unacceptable.

While most of the circus act’s members are on the periphery, their impressive costume design and character flourishes make prominent the ideas underscoring this classic Disney story. They help service the original’s timeless themes in a more modern way, showing that audiences now have the capacity to embrace that “strange and unusual,” a la Winona Ryder’s character in Beetlejuice, are not and should not be used as judgments.

Dumbo – Like The Circus Freaks – Is Treated Much More Kindly

Even the way the remake handles the origin of Dumbo’s name is much more nuanced and gentler than the bullying way it was bestowed upon the animated counterpart. Despite the script’s problematic narrative, what the remake lacks in a solid plot it more than makes up for with the sensitivity and affection it shows the title character.

Unlike in the animated version, Dumbo is born with his large ears. There’s no sneeze that “curses” him with them. He’s a cute newborn, covered in straw, whose big ears draw strange looks for the first eyes to see them. He’s adorable to the viewer, even if characters within the movie are blind to that fact. Dumbo’s special ability of flight, which could also be classified as weird, is treated differently-ish in the remake. For one, Dumbo flies much earlier in this film than he did in the original. Here, flight is what finally gives him worth to the circus, because it increases ticket sales, boosts the circus’ profile, and helps line Medici’s pockets.

A greedy businessman, V.A. Vandevere (Michael Keaton), wants to further exploit Dumbo’s gift in a way that makes it feel like a curse; he wants to make the flying elephant the centerpiece of his new, extravagant theme park. (This meta touch is not lost on the casual Disney fan). Soon, Dumbo’s weirdness is rewarded with his own show, which becomes quite popular. But that fame and notoriety quickly feels like a cage, one whose spotlight services more like a microscope — “come see the flying freak elephant!”

Dreamland is soon revealed to be more of a nightmare, one Dumbo must escape from. It is in that escape that our cute titular character finds more than freedom. Unlike in the animated movie, where Dumbo flies happily behind a fancy train car housing Mrs. Jumbo, Burton crafts a new ending that’s thrilling, scary, exciting, and conscious of the change in sentiment around whether elephants should even be in circuses. In doing so, Burton delivered once again on his theme of weird as being that which we should spend more effort accepting than shunning.

Because even flying elephants deserve to feel seen and heard.

July is here, which means we’re smack in the middle of summer. Barbecues, pool parties, sunshine, and sand are all in store–and, of course,...

This weekend, the little yellow troublemakers, the Minions, are back on the big screen. This time, it’s in the prequel movie Minions: The...

There are few things more closely associated with summer than a barbecue, and specifically, a great hot dog. Say what you will about...