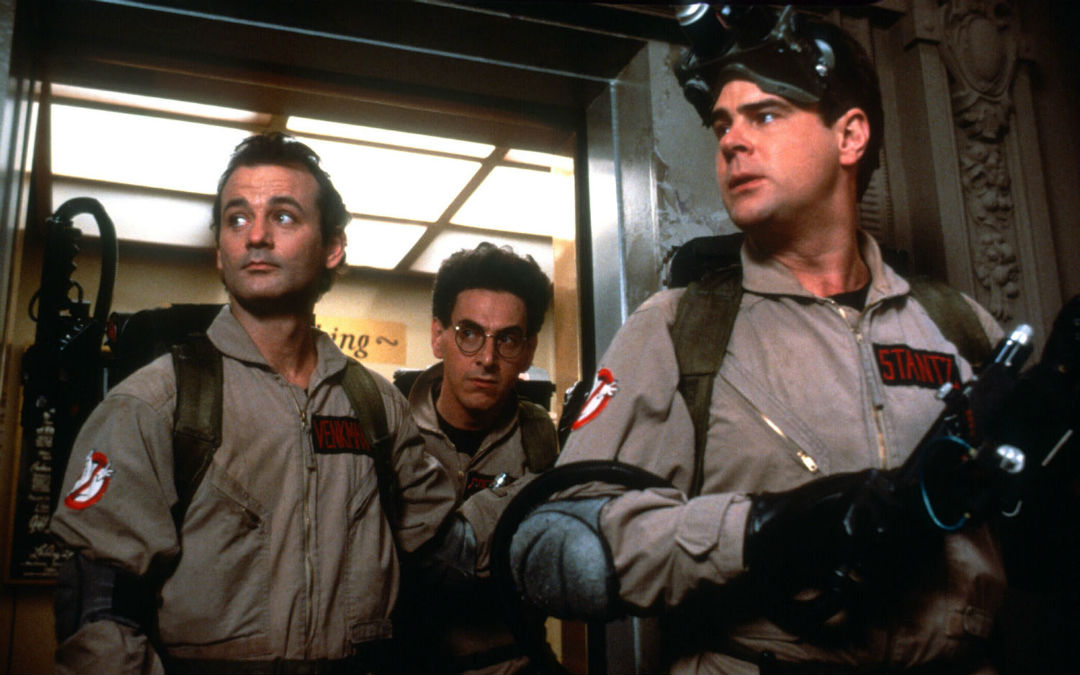 Just in time for Ghostbusters‘ 35th anniversary, Jason Reitman has revealed some never-before-seen footage from the original film.

While attending this weekend’s Ghostbusters Fan Fest in LA with Ivan Reitman, his father and the director of the 1984 classic comedy, Jason revealed that he and his team went back into the archives and got hold of the original movie’s dailies and showed them to fans.

“We went to Sony,” Jason Reitman explained, “and we said: ‘We’d really love to get back into the original dailies from 1984. Do you still have them?’ And we found them. They were in a mine in Kansas, and we shipped the boxes to Burbank. And we’ve been going through the footage — for reasons I cannot tell you — but along the way we found some really cool stuff.”

SlashFilm has the footage below and here’s the time index for the clips:

The big news, other than the footage, is that whole “reasons I cannot tell you” bit. It is a safe bet that the new Ghostbusters movie will likely incorporate more unseen bits from the original film.

With the plot is being kept pretty close to the vest, Sigourney Weaver did recently spill the beans (to Parade Magazine of all places!) that she and the other original cast members will be appearing in the new Ghostbusters. Speculation strongly hints that one likely reason the filmmakers are going back to the vault is to find audio and footage to use for Egon in light of Harold Ramis’ death. (It is possible Egon will appear as a ghost.) It is also possible Jason Reitman and his team could be using the old clips to provide reference material if they wanna pull a Marvel Studios and de-age the main cast.

We do know that the new movie centers on a mother, played by Carrie Coon (Gone Girl, Infinity War) and her young son, Stranger Things‘ Finn Wolfhard. While Reitman didn’t share any more details about the characters at Fan Fest, he did tease that the new characters have a connection to the original characters of which they aren’t aware.

We’ll find out what all this is about when the next Ghostbusters installment hits theaters July 10, 2020.