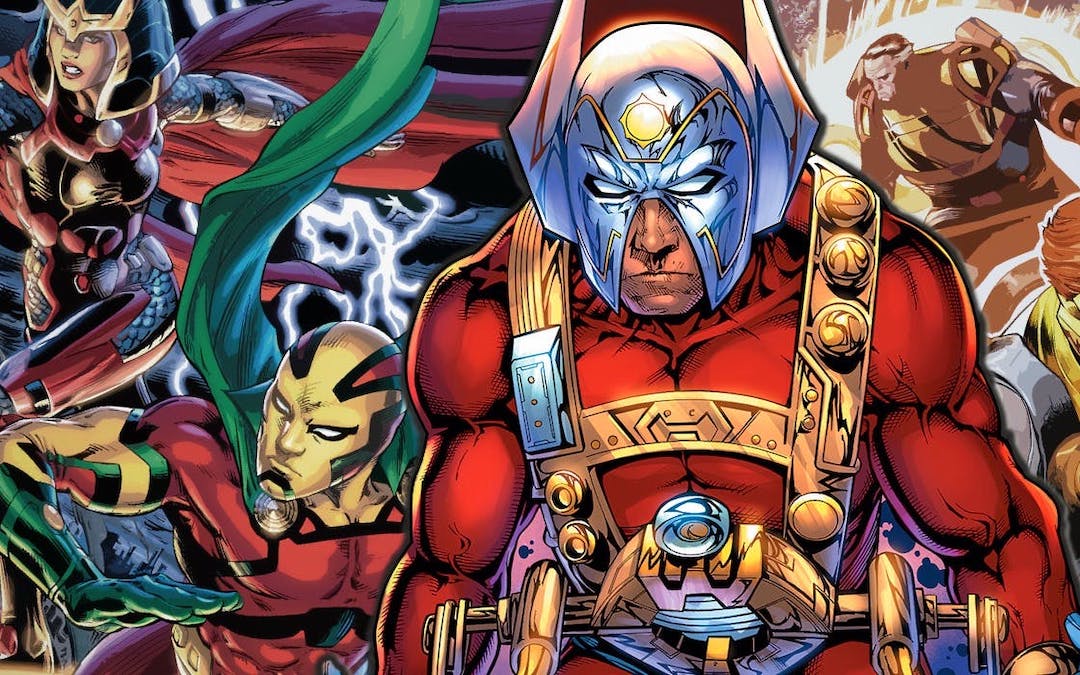 With Warner Bros. wisely being relatively quiet about its DC movies in development for the time being, that’s not stopping the filmmakers themselves from giving us some more information about upcoming projects. One of those anticipated films is Ava DuVernay’s The New Gods, based on the DC comic book characters created by Jack Kirby. We don’t know much about the film yet – it doesn’t even have an official release date – but DuVernay herself gave us a big piece of info in a recent Twitter Q&A when she confirmed the villains of the movie: Darkseid and the Female Furies. (Fun fact: Qualifying them with “Female” is kind of redundant considering historically, the Furies have always been female. Yay, male-dominated ’70s comics! I digress.)

A few fans asked Ava who we can expect to see as the big bads of the film and she responded:

How could any self-respecting Barda fan not include the The Furies?! I’m looking forward to them so much. #AskAva https://t.co/83zD6PeFBx

And yes, Darkseid will be there, too:

Darkseid is the antagonist of that world that Kirby set up decades ago, and the Female Furies his sycophantic followers. Not having both of them in the film wouldn’t make sense, so it’s good that DuVernay is staying true to the source material. To that end, longtime DC writer Tom King revealed recently during a panel at San Diego Comic-Con that DuVernay had him assemble a team of “Kirby experts” to help her piece the movie together:

“She invited me out, and she asked what team I wanted to bring. Because she wanted to assemble people who knew Kirby, and she was like, ‘Can you put together a team?’ So we put together this team. And she was smart, and a good storyteller, and it was one of the best storytelling experiences I’ve ever had.”

DuVernay has always been a really conscientious and painstaking filmmaker. Her research and development process is always meticulous, and she surrounds herself with a number of voices to help her craft a story that is true to the source or historical events of whatever she’s directing. With her being at the helm for The New Gods, fans can rest assured that she’ll honor the comics and Kirby’s legacy to the best of her ability.

Billy Crudup In Talks To Join ‘The Flash’ Movie (Again)

Here’s some movement on the DCEU front for DC fans: THR reports Billy Crudup is in talks to come on board The Flash as Barry Allen’s...

A month after it was confirmed at DC FanDome that the Justice Society of America will feature in DC’s upcoming Black Adam, one more member...

In Which We Rank The Best Batman Live-Action Movie Villains

Batman has arguably the best-known rogues gallery among all of comic books. Of classic superheroes, only Spider-Man’s lineup of usual...