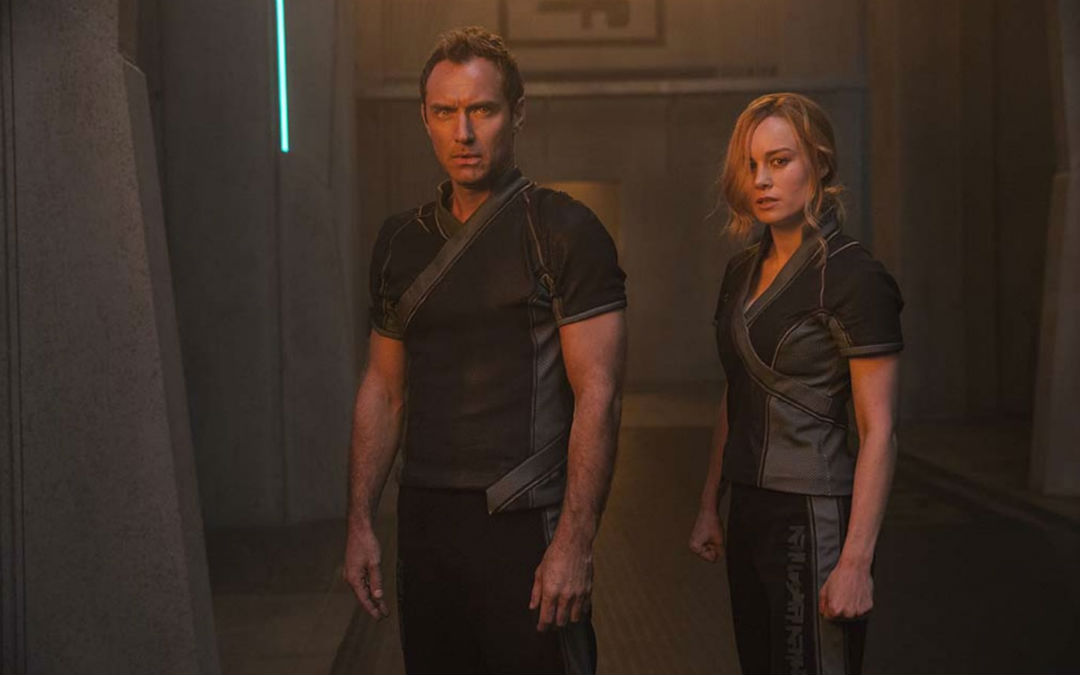 The Themes That Transform Carol Danvers Into The Hero Captain Marvel

By now, you’ve probably read a lot of takes about Captain Marvel. You’ve seen stories about the trolls trying to review bomb the film on aggregators like Rotten Tomatoes, and you’ve likely seen how well that worked out for them with the film’s record-breaking opening weekend. You’ve seen valid criticisms and well-earned adoration thrown every which way on social media from both critical and consumer perspectives, and you’ve seen a million different people squeal about Goose.

SPOILER WARNING: This post contains spoilers for Captain Marvel. Reading past this disclaimer is a one-way ticket to spoiler town.

Let’s take a quick look at the underlying themes that build the sturdiest of foundations for Marvel’s first female-centered film.

Art is inherently political. It has been from the beginning of time and it will continue to be until humanity manages to wipe itself off of this planet. To this day, there are countless folks who rally under banners like “keep politics out of comics,” though comics have always had political and social themes – just pick up any X-Men title. Comic books and comic book properties historically thrive during times of political unrest. Some properties, like Captain America, are even born from it.

While art may also be a form of escapism, stories about heroes have always been about inspiring hope. Hope that the war will end, hope that a new home can be found, and hope that a heart can be changed. Propaganda is a powerful tool and, like all powerful tools, it can be used for both good and evil. Where Rosie the Riveter acts as a rallying cry to women everywhere, dictators and would-be conquerors use the same form of art to inspire fear and obedience among the masses. If there is no voice to speak up when they see things heading south, that’s when corruption sets in. Carol Danvers – or Vers, as she’s called by the power-hungry Kree – decides she’ll no longer be the tool of oppressors, but the wrench in their works.

Vers is a product of that same kind of political propaganda. She’s lied to and molded into a weapon for the Kree, the very race that made her believe that her powers were granted because of them. She was manipulated into believing the political notion that the Skrull were a scourge on the galaxy, a black mark that had to be eradicated before they took what rightfully belonged to the Kree. In reality, that was all a lie. The Skrulls were nothing more than refugees trying to find a home. Sound eerily familiar?

A tentpole film tackling themes that are relevant to our own political climate is so much more important than some may realize. It won’t change every heart. Hell, it won’t change most of them. But maybe someone saw their hero realize that she’d been duped and manipulated into believing she was under attack when really her “enemy” was only trying to find a home. Maybe a kid who’s only ever been exposed to a certain view saw a new perspective and will take it with them as they grow.

Media matters. It’s why women (and men) walked out of films like Wonder Woman and Captain Marvel feeling like they could (and can) take on the world. It’s how movies like Spider-Man: Into the Spider-Verse showed the entire audience that any one of them could be the hero, no matter who they are or what they looked like. It’s easy to laugh at the idea that a superhero film can change hearts, but we see them inspire people of all ages with each passing film. It’s wonderful to see this one take such a strong stance without looking into the camera and screaming, “We’re talking about politics now!” It’s proof you can have a wildly entertaining movie but also take away deeper messages – if that’s what you want.

Captain Marvel shines the brightest when it focuses on Maria Rambeau and Carol’s friendship. It’s presented as so tangibly real in a matter of moments, making each scene they have together an absolute gift. A close second to their one-off interactions is when any scene with the two of them includes young Monica. Small, humanizing moments like ketchup on a jacket, or a table strewn with memories are what make larger-than-life stories like Captain Marvel relatable. Carol Danvers might be able to punch Thanos in his dumb purple face and save an entire race without breaking a sweat, but she was already a hero to the people in her life who matter the most to her.

In that same vein, what makes Carol Danvers an exceptional character isn’t the fact that Captain Marvel in Binary mode has no known limitations. It’s that when she is presented with limitations she doesn’t give up. It doesn’t matter how many times her family, her superiors, societal rules or the entire damn universe tries to keep Carol on the ground, she gets back up every single time. Maria, Monica, and Mar-Vell all see that in their girl. Captain Marvel built its whole identity around women supporting women, whether it be as family, friend, or mentor. We love Bucky and Steve, Steve and Tony, Tony and Rhodey, Steve and Sam, Thor and Hulk etc. etc. just as much as anyone. But to finally see the same sort of bond between two women in a Marvel movie was incredible.

This takes us to the final brick in the powerful foundation of Captain Marvel.

Women Know Their Worth

Girls grow up explaining themselves. We grow up hearing that boys will be boys, but rarely anyone coming to our defense when we dress a certain way, or speak a certain way, or stand up for ourselves in a certain way. Women have to claw their way into rooms that men walk into with half the effort, but are punished for showing emotion once we get there. The best men hold open the doors to those rooms for us; the worst try to bar them. But there are many in the middle who will simply feel uncomfortable sharing the stage with strong women whether they realize it or not, and that’s where Yon-Rogg falls on the scale. He was able to handle the idea that his pupil Vers was stronger than him only because she was controlled by him. After amnesia and years of manipulation, his prized student only wanted to make him proud. Thirty seconds with her bestie and adjusting her perception upon learning new information from the Skrulls fixed that situation up nice and good.

By the end of the film, Carol is a woman who no longer needs his – or anyone’s – validation. She doesn’t give up, not when she was boxcar racing, not when she was told she’d never be a fighter pilot, and not when she was told she’d never become the powerful warrior she was meant to be. Strong women like the ones in Captain Marvel don’t give up. They just go higher, further, faster, and they look damn good while doing so. From Minn-Erva to little Monica, every portrayal in Captain Marvel is a centered woman who knows her value.

That’s why there’s so much power in the line “I have nothing to prove to you,” when Yon-Rogg goes on about her losing herself to her emotions before their final battle. That battle might have been too short for some folks’ taste, but that’s the point – it didn’t need to be. Carol knows who she is and exactly what her strengths are, and she didn’t need a long, drawn-out battle to prove her worth.

Captain Marvel isn’t the perfect film. There’s plenty of stuff that could be fixed, but the underlying themes of Carol’s origin story are more than enough to carry the movie, and to drag this girl out to see it at least twice more. Here’s to many sequels, and to plenty of Thanos getting his ass kicked across the galaxy!

You can get your tickets to see Captain Marvel here.

San Diego Comic-Con returned for 2022, and with it came plenty of news about upcoming movies. Not every studio turned out for this year’s... 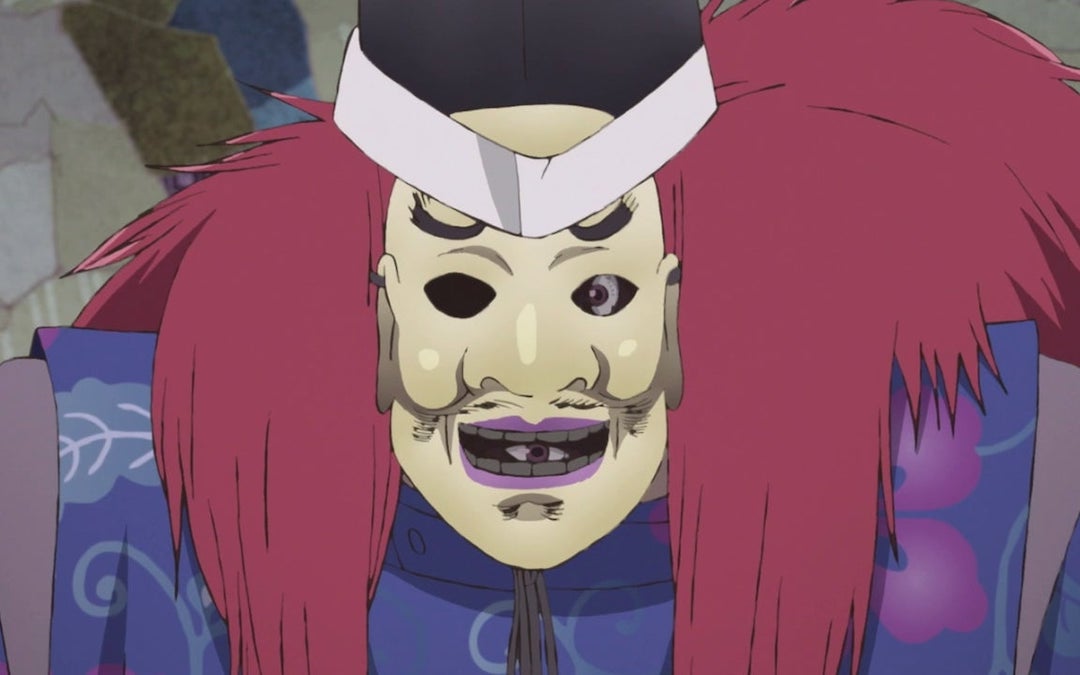 This weekend, the epic anime rock opera Inu-Oh hits theaters. Directed by Masaaki Yuasa, Inu-Oh is a fictionalized anime feature about the life...

August is here, and that means summer is drawing to a close as everyone gears up to head back to school. That doesn’t mean the summer movie... 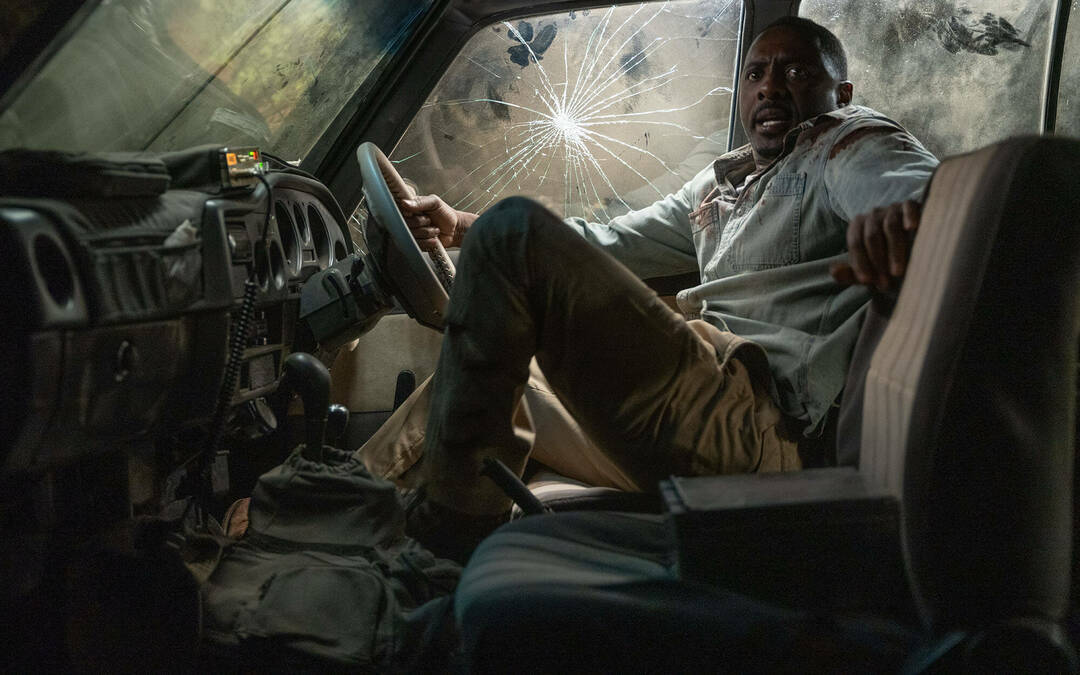 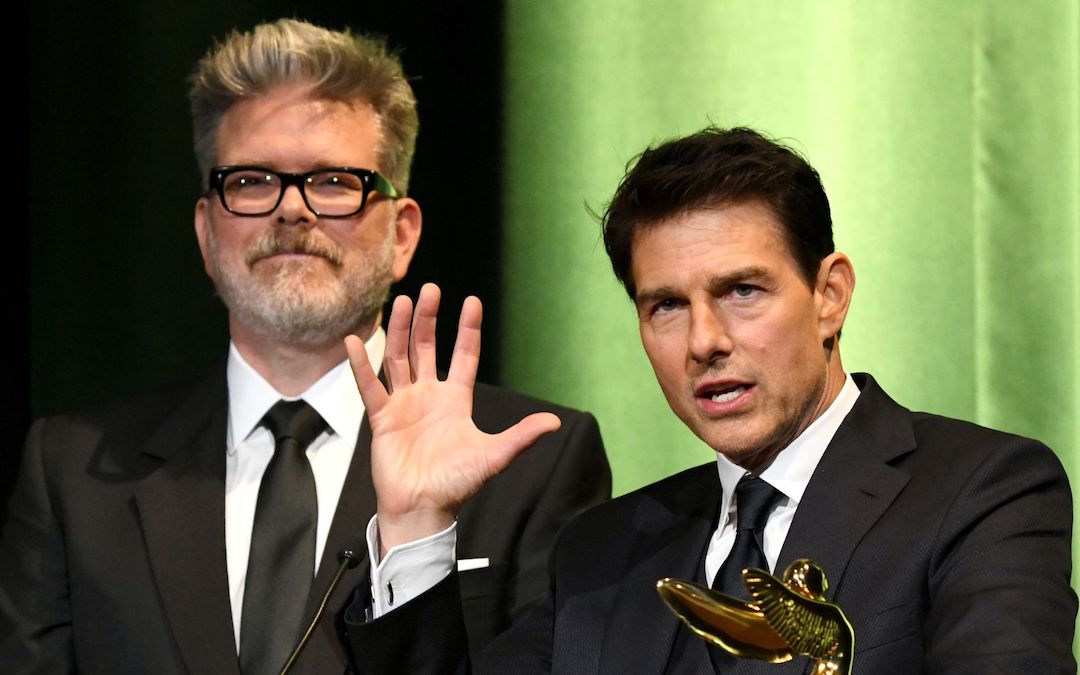