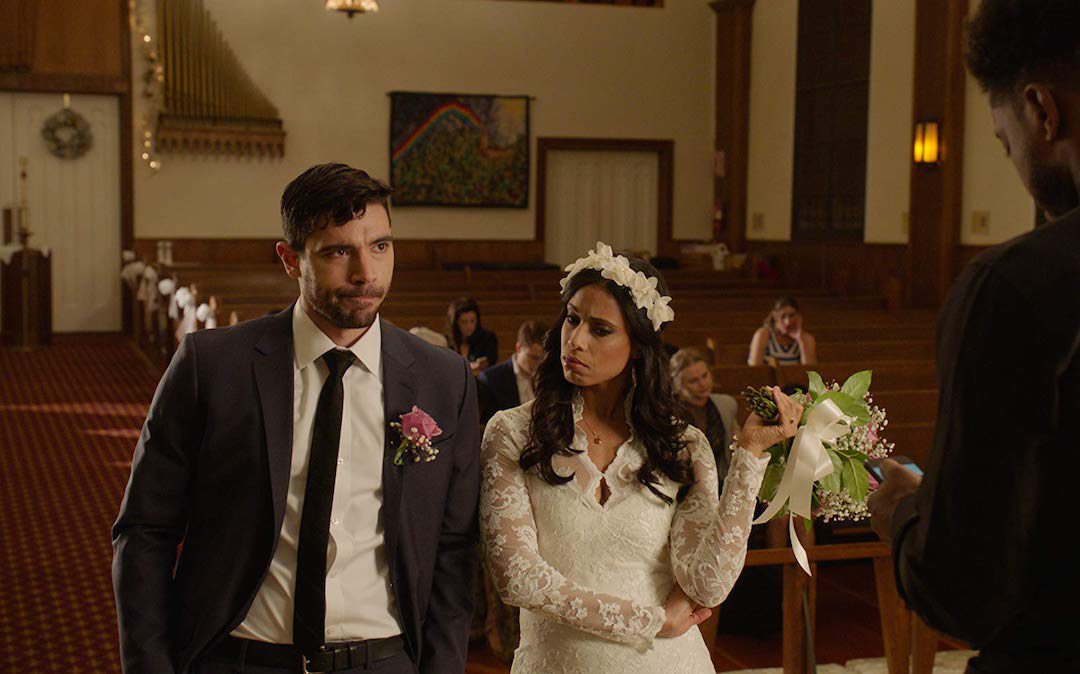 Hollywood can be weird, and there is no weirder place than on set. Even the most smoothly-run productions hit unexpected snags. But every so often, you get the disaster film shoot. The director is a nightmare or the script is bad or the characters’ choices don’t make sense or the extras are unprepared or no one knows why they’re there or it runs way over budget or over schedule… The list of ways shoots can go sideways is endless.

Which is why I love the hilarious short film “The Wedding Scene,” from writer Savannah Kopp and director Dan Levy Dagerman. Kopp also produced alongside star Amy Argyle and Selina Ringel. It follows Argyle’s character, Nina, and her costar, Will (Sean Patrick McGowan) on the set of their film. But the director is one of those guys (you know the type) who thinks he’s an artistic genius (Narrator’s voice: He was not an artistic genius). The script is low-key misogynistic and high-key makes no sense. And the extras – oh, the poor extras – they barely know what’s going on. As they all desperately try to get through shooting one single wedding scene, Nina keeps interrupting the takes with questions about the nonsense script. Chaos ensues.

It perfectly skewers trainwreck shoots – anyone who has ever been on or known of one of these productions will be cringe-laughing and thinking, ACCURAAAAATE. Even if you haven’t, you know you know a guy exactly like the director. We all do.

Plus, it is highly GIFable. I mean…

That’s a lot of festivals.
Here’s to hoping this takes off. I’d love to see a full-length feature comedy based on this short, wouldn’t you?