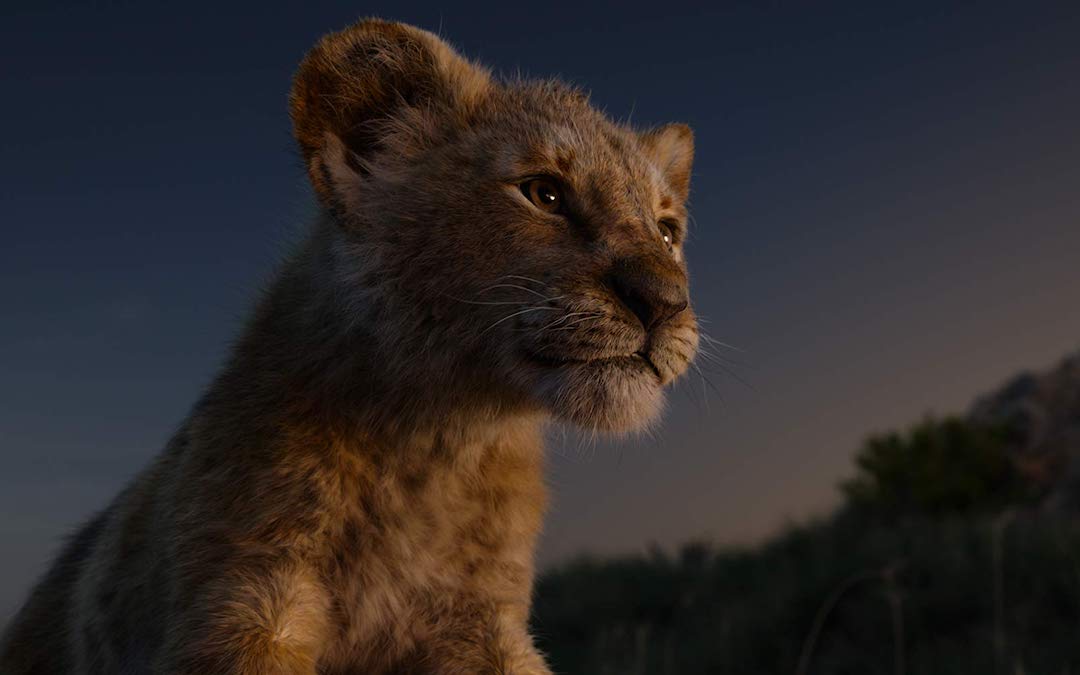 ‘The Lion King’ Review: Three Reasons To See It

With Avengers: Endgame, Toy Story 4, and Aladdin all currently in theaters, we can accept that so far, 2019 has been Disney’s year and The Lion King is set to keep it there. You know the Hamlet-inspired story of the lion cub who became a king by now: Simba (JD McCrary) is the prince of Pride Rock, son to King Mufasa (James Earl Jones) and Queen Sarabi (Alfre Woodard). But when his power-hungry uncle, Scar (Chitwetel Ejiofor) commits regicide and fratricide, Simba is banished from the kingdom. Years later, with the help of friends Timon (Billy Eichner) and Pumbaa (Seth Rogen), and his old childhood friend Nala (Beyoncé) a now-adult Simba (Donald Glover) must travel back to his home and challenge his uncle for the crown.

Quite a bit is riding on this movie. It will inevitably make a bajillion dollars, no doubt, but the Disney live-action remakes have been hit or miss to this point. Where does The Lion King rank on the list? And how does it compare to the original? Read on for three points I particularly want to discuss.

1. The Music Improves Upon The Original

It’s bizarre to consider that virtually the same exact score and soundtrack by the same exact composer might be better than the one that came before, but it is. Perhaps it’s because as a 13-year-old kid when the original animated movie came out, I hadn’t yet learned to appreciate the instrumental score in movies along with the signature songs. But Hans Zimmer took a score that was already remarkable and improved upon it, with updates to the instrumentals and fresh takes on the songs. This is helped out in no small part by the sound design and mixing of the film. It’s not just the music itself that makes the movie, but the sound effects and the mix that weave a lush, gorgeous soundscape. It is as much for the ears as it is for the eyes; every single noise and note is meticulously chosen. The auditory tapestry that master weaver Zimmer creates is a rich one, indeed.

That being said, while soundwise, the music is beautiful, emotionally, the songs left me feeling cold, thanks to the photorealism of the animals. And that leads into the next point.

2. The Visuals Are Unlike You’ve Ever Seen Before…With One Big Drawback

I need to get this out of the way: The photorealism of the animals is absolutely visually stunning. During the press conference promoting the film, director Jon Favreau (who should be commended, I should say, for his technical achievements here) explained that the hyper-photorealism of the animals was a deliberate choice. They didn’t want them to look or move like humans in any way. They don’t. Instead, he wanted it to look like a nature documentary. It does. Mission accomplished there. It is a technological masterpiece, doing things on screen I’ve never seen before. There are times you truly can not tell the CGI animals from the real thing; it’s as close as you’ll ever get to a scripted, first-person view of the African plains without actually being there. I marveled at how they mastered creating computer-generated animals that move and act as they do in the wild.

But that’s the problem, and exactly why The Lion King didn’t work for me whatsoever from a storytelling perspective. Projecting human emotions onto CGI animals that don’t and can’t emote or move their faces is uninspiring at best and jarring at worst. Scenes that I know should have had me feeling something just fell flat, emotional beats dropping into me like a stone dropping into a well with no bottom; nothing landed. At times, the dialogue and the on-screen visuals feel disembodied, with the animals’ faces barely moving or moving in ways that in no way support the intense and vibrant emotions of the actors’ voice acting. It makes for a discordant experience, one robbed of the emotional weight it should have. Is little Simba adorable? My God yes. I defy anyone to not want to cuddle him. Did I feel for him when he watched Mufasa’s fall and was subsequently banished from the Pridelands? Picture me shrugging in a noncommittal fashion here.

That being said, as always in my reviews, I remind you that this is purely how I personally felt about it. I’m admittedly more discerning when I watch a movie, but it’s my job to be. Your mileage may vary and, in fact, you may not even really notice the disconnect between the on-screen lack of facial expressions and the dialogue at all; kids certainly won’t. And if you do, it may not bother you much. That’s the beauty of a subjective piece of art, after all. In my screening, there were plenty of people who were openly weeping at times, or laughing so hard they had tears in their eyes. That laughter coming thanks to Eichner and Rogen, who are absolutely perfect in the roles of the dim-witted warthog and high-strung meerkat and received the – wait for it – lion’s share (heh heh) of best lines. Thankfully the comedy suffered less from the CGI photorealism than the drama, and the comedic duo was allowed to shine more brightly because of it.

To regain the crown, Simba must go through his uncle, Scar, and his gang of hyena lackeys. In the third act’s climactic battle scene alone did the photorealism work completely as it was intended. Yes, the dramatic moment between Simba and Scar landed with a thud for me, but the battle around that dialogue? Oh my. It is genuinely breathtaking and updated from the original in a way that is fitting from a story perspective, a realistic one, and visually. I don’t want to spoil too much here, but I found myself marveling as I watched, thinking, My God, how did they do this? Favreau is pioneering photorealism the way Andy Serkis pioneered character mocapping. It alone is worth the price of admission, if only to witness something historic in technical filmmaking. Your eyes and ears will thank you.

The Lion King is in theaters on July 19th. Get your tickets now!