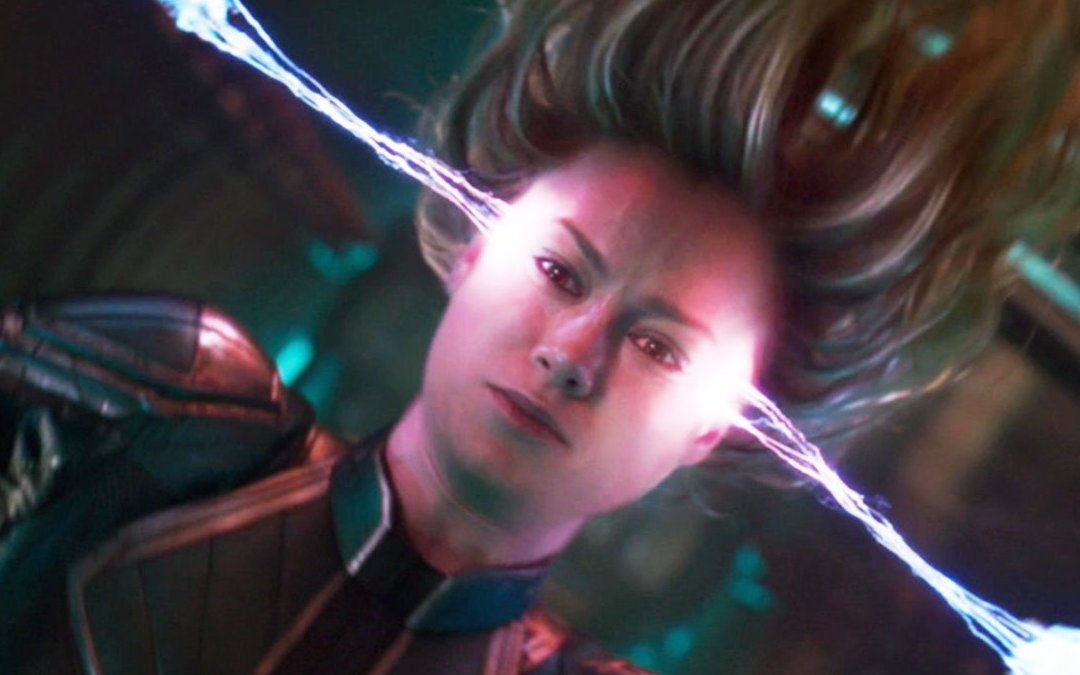 What Comic Book Superhero Movies are Coming Out in 2019?

It was said that 2018 would be the year of comic book movie burnout – you know, after Infinity War and Black Panther. Then Venom stormed through the box office like a hungry symbiote feasting on the arms and legs and face of a petty thug, and folks started saying, “Well, maybe 2019 is when the burnout sets in.” And truth be told, there are a lot of superhero movies coming out in 2019. Check it: three Marvel Cinematic Universe Movies, two DC movies, two X-Men universe movies, and two independent properties. We’re not at one-a-month – yet – but we’re really close. So the question is, is 2019 the year we finally see comic book movie burnout?

We don’t think so. And here’s why…

This is a little bit of a cheat, insofar as Glass isn’t actually based on a comic book. But it is a sequel to both 2016’s Split and 2000’s Unbreakable. And that’s one of two reasons we’re including it on this list because we consider Unbreakable one of the forgotten keys that paved the way for the modern comic book movie. Quietly presenting the heroic origin of David Dunn (Bruce Willis), Unbreakable showed us that superheroes could be delivered with a focus on character and realism (as it were). And now with Glass, Dunn is going to have to try to stop whatever the villainous team-up of Mr. Glass (Samuel L. Jackson) and the Beast (James McAvoy) have in store. It likely won’t be the spectacle of some of the other movies coming out in 2019, but it very well may be the best of the lot.

The other reason we included Glass on our list is that we didn’t want to have to wait all the way until March….

From almost the very beginning of the Marvel Cinematic Universe, fans have been begging for a female-led superhero movie. DC beat Marvel to the punch with 2017’s Wonder Woman, and although we’re finally getting a Black Widow movie (likely in 2020), this March finally delivers the goods in the form of fighter pilot Carol Danvers (played by Brie Larson). Captain Marvel will take us back to the ’90s and explore the origins of one of the Marvel Universe’s most powerful heroes, as well as explain why such a powerful hero wasn’t around to lend a helping hand against the Chitauri, Ultron or Thanos (hint: it’s almost certainly because she was in space fighting the alien Skrulls). Samuel L. Jackson’s Nick Fury will be back, as will Clark Gregg’s Agent Phil Couslson and Lee Pace’s Ronan the Accuser, along with newcomers in the form of Ben Mendelsohn and Jude Law. We may not know much, but we do know this – Captain Marvel’s credit scenes will surely set the table for a little Avengers flick that comes out two months later.

While fans were begging for female superheroes, it can’t really be said that anyone was begging for a Shazam movie. And then DC and Warner Brothers dropped a trailer for Shazam! and…huh, what do you know? It actually looks kinda fun. Zachary Levi plays the superhero Shazam, who young Billy Batson turns into by saying … well, “Shazam!” (In the comics, the hero’s name is actually Captain Marvel, but given the movie we just talked about, DC opted to go with a less confusing name, and one that doesn’t advertise for the competition.) If the movie delivers on the comedy premise of the trailer, it could be the perfect appetizer to a much darker comic book movie coming out a week later…

The last time we saw Hellboy was in Guillermo del Toro’s 2008 Hellboy II: The Golden Army. A decade later, this is not your del Toro’s Hellboy. This Hellboy offers a hard-R version of the half-demon (played by Stranger Things’ David Harbour), directed by gritty action director Neil Marshall (The Descent, and many of your favorite Game of Thrones battles). We still don’t know all that much about the movie, although we know Milla Jovovich plays the villain, while Ian McShane (!) plays as the father-like Trevor Bruttenholm. Fans of the first two Hellboy movies would have been perfectly happy to get a third installment, rather than yet another reboot. But we can only take what’s given to us and if it’s gotta be a reboot, this certainly sounds like it will be worth it.

The currently untitled fourth Avengers film (or, rather, the film with an unreleased title on account of allegedly being a minor spoiler) presumably picks up right where Avengers: Infinity War left off. Pretty sure we don’t need to say anything else. Many heroes are dust, Thanos reigns supreme, and everyone wants to see where it all lands. As the MCU ends its so-called Phase 3 (the third chapter in the Marvel movies story arc), it’s pretty safe to say that the film will be the biggest of the summer, if not the year (there’s a little Star Wars flick coming out in December 2019 that might have something to say about that).

After a couple of delays, the follow-up to 2016’s X-Men: Apocalypse finally sees the light of day, albeit without “X-Men” in the title. Dark Phoenix will feature Sophie Turner’s Jean Grey battling against the dark and powerful cosmic force within her and if that sounds familiar, it’s because this was one of the muddled plot points in the less-talked-about-the-better X-Men: The Last Stand. Jessica Chastain joins pretty much everyone who’s been in the last couple of movies (James McAvoy, Jennifer Lawrence, Michael Fassbender, etc.) as the X-Men head to space to try to save Jean Grey. The Dark Phoenix storyline is one of the most classic and beloved X-Men stories. We hope the movie does it right.

“Mr. Stark, I don’t feel so good.” Those are some of the last words Peter Parker said in Avengers: Infinity War. Unless this movie is going to feature Parker’s pal Ned donning the Spider-suit (and we’re ok with that!), we know that Parker will be rejoining the universe as part of May’s Avengers 4. And in Spider-Man: Far From Home he’ll have to cut his recovery time a bit short as Mysterio (played by Jake Gyllenhaal) is coming to NYC to wreak havoc. Presumably, Spider-Man will get some help from S.H.I.E.L.D., as Samuel L. Jackson’s Nick Fury is slated to appear (because 2019 contractually requires Jackson to be in every other comic book movie, apparently). While it might feel like the MCU is getting shoe-horned into this movie just a bit, it’s getting put together by the same creative team behind Spider-Man: Homecoming, so we’ve got faith that it will be one of best movies on this list.

In the comics, we know that the New Mutants are a sort of younger spin-off group of the X-Men. But we don’t really know what The New Mutants is going to be. An early first trailer showed a decidedly dark, horror-style film, which we were all in for. A year and some reshoots later, nobody really knows anymore. What we do know is that Anya Taylor-Joy stars (marking her second appearance on this list, as she’s also in Glass), along with Maisie Williams (marking the second appearance by a Stark daughter on this list), Alice Braga and allegedly, maybe, just possibly James McAvoy’s Professor X (we predict a one-scene pop-in). With Logan and Deadpool, Fox has shown a willingness to go dark, genre and adult with its movies. Hopefully, the time off for The New Mutants was to inject some additional bad behavior.

While Jared Leto played the Joker in Suicide Squad and is slated to get his own Joker movie, this is confusingly another Joker movie, this time with the Crown Prince of Crime being played by Joaquin Phoenix. For the longest time, people mocked the very idea of this film, directed by Todd Phillips (Old School, The Hangover, War Dogs) as unnecessary and possibly a disaster. But then, a weird thing happened. A stellar cast rounded out the Joker lineup – Zazie Beets, Frances Conroy, Bill Camp, Shea Whigham, and Robert f’ing De Niro. Then word came out that this was going to be a dark and gritty flick, the origins of a sociopath sort of thing. And then photos of the Joker came out and, suddenly, we’re kind of into it? October 2018 saw the mocked Venom turn into a surprise hit and October 2019 may go a similar way, with DC and Warner Brothers the ones laughing all the way to the bank. 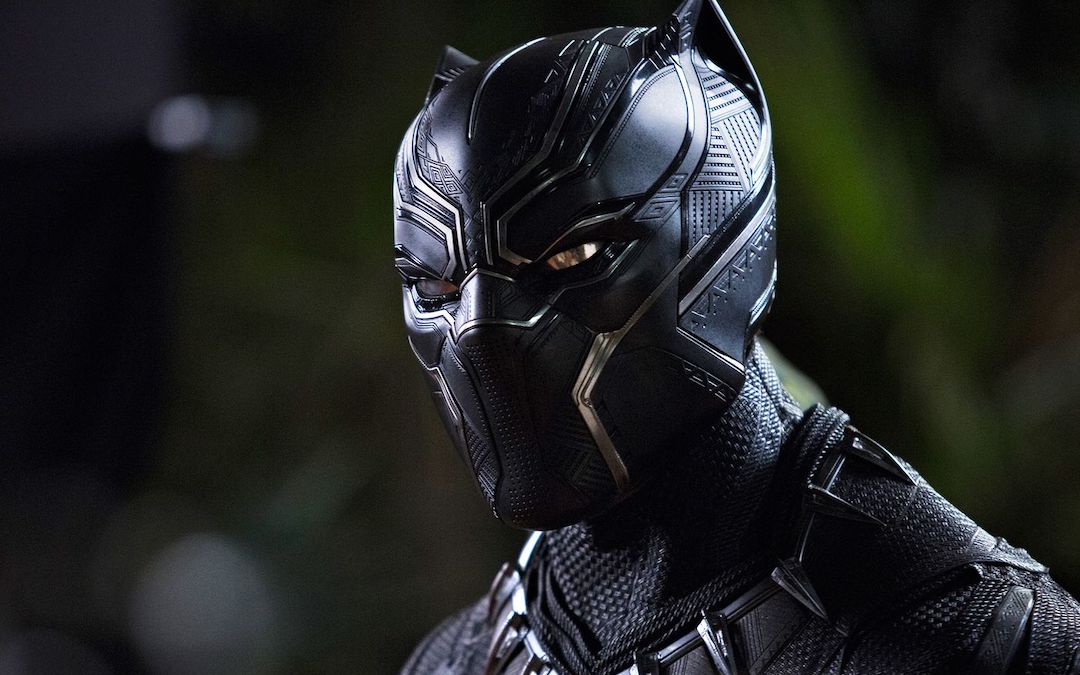 News Of The Week: Aaron Taylor-Johnson To Lead Sony’s Kraven The Hunter Movie 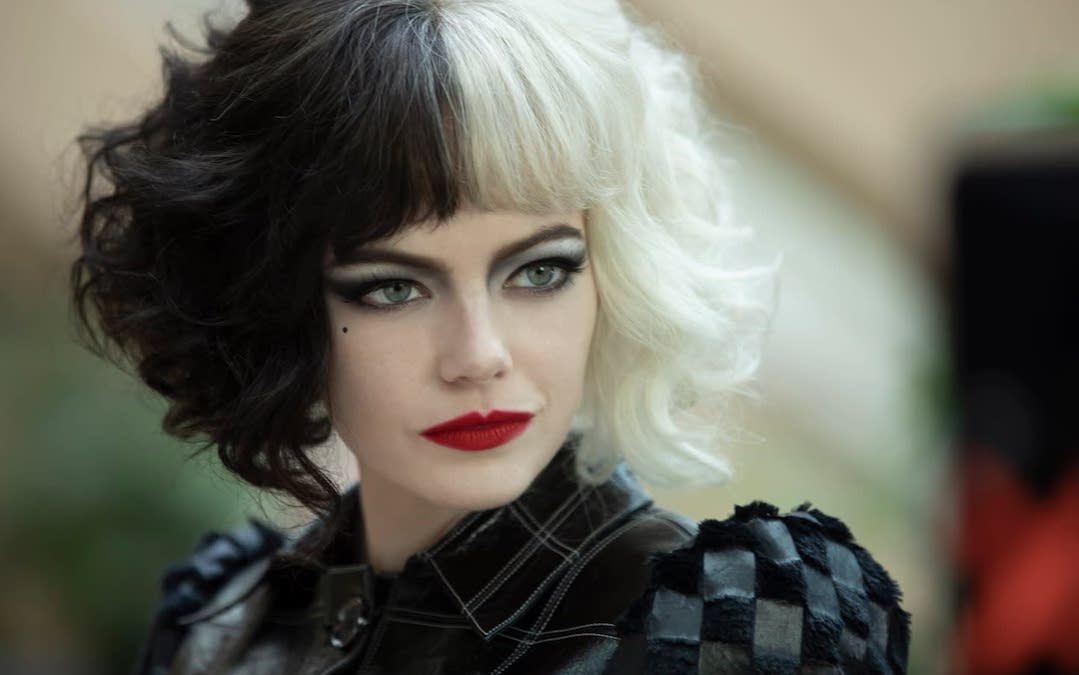