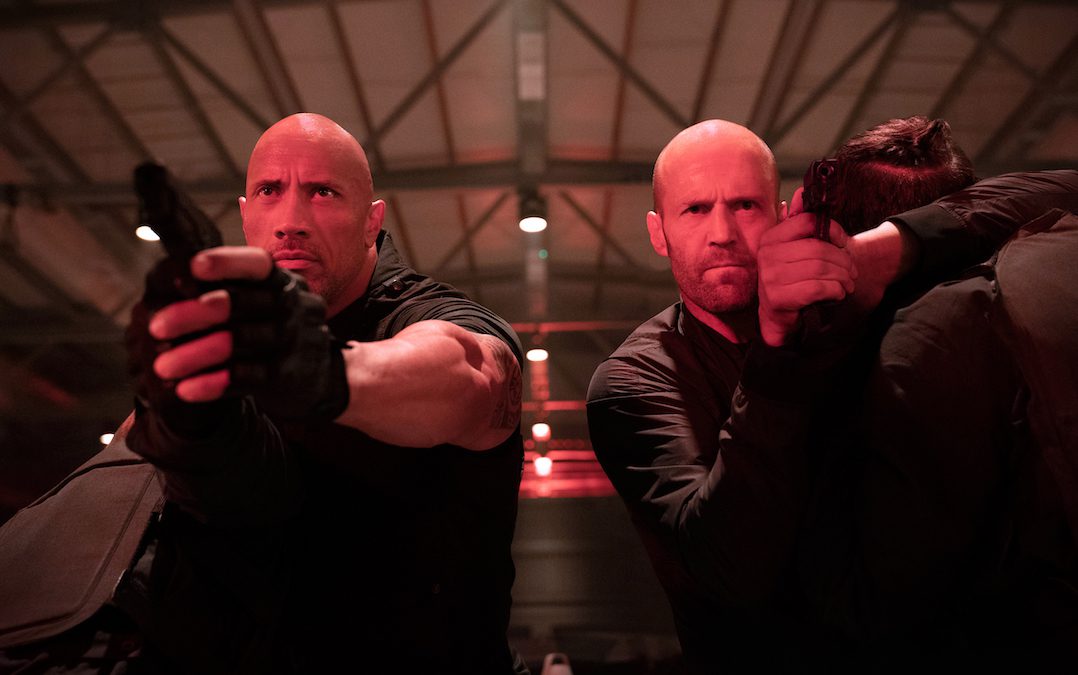 This week, Hobbs & Shaw punches its way into theaters. The Fast & Furious franchise spinoff is one of the most hyped movies of the summer, outpacing the excitement of anything else. And how could it not? It will be the ninth movie in a franchise that has generated over $5.1 billion dollars worldwide, half of that coming from the last two movies alone. As the first spinoff film for the wildly successful series, it will help continue to establish Fast & Furious as the most successful cinematic universe not named the Marvel Cinematic Universe or Conjurverse. Other franchises have tried and failed to get off the ground, let alone create a working interconnected universe. What lessons can other studios take away from the Fast & Furious franchise about how to build a cinematic universe that isn’t based on comic books? Let’s explore.

1. Make Us Care About The Characters – Even The Villains

First and foremost: characters. The Marvel universe has proven that a good franchise begins and ends with well-rounded characters. Create a character that is complex enough and they matter to us, even if they are only fictional. The Fast & the Furious introduced Dom Toretto’s found family of outcasts and lovable miscreants and made us invest in them. When one of their family dies, we care. We care deeply about what happens to them in other ways, too, from their fights to their romances to their losses. When they triumph, we triumph. When they hurt, we hurt. The characters of the franchise resonate with us because they are fully realized and fleshed-out rather than being two-dimensional archetypes typically found in action movies.

Even the villains are given time and space. A recurring theme in the Fast & Furious franchise is the issue of redemption. More than most action franchises, it dives deep into the “why” behind people doing bad things and provides complexity for its villains that isn’t just black or white. Marvel’s Loki might be the modern, prime example of the complex villain riding a redemption arc, but one need look no further than Deckard Shaw to see F&F is equally as good at creating antagonists who aren’t necessarily villains. In Furious 7, we learn it is Deckard Shaw who killed beloved character Han all the way back in Tokyo Drift, the third movie. He spends the seventh movie as the main antagonist of Team Toretto. In the next movie, The Fate of the Furious, his redemption arc begins and by the end of the movie, he’s one of the good guys. In Hobbs & Shaw, he’s a full-blown protagonist and one of the heroes of the story. The characters are layered and complex and it keeps us caring about what happens to them.

2. Have A Cast That Reflects The Reality Of The World We Live In

The original Fast & Furious cast back in 2001 (Courtesy: Universal)

The Fast & Furious franchise has made diversity and inclusion a core tenet of its identity. Rather than being overwhelmingly white and male, the cast has included ethnicities and races from all over the world. Black, Latinx and Hispanic actors from multiple countries and backgrounds, a spread of Asian countries and cultures have been represented, white, Samoan, Israeli; the franchise has always reflected the world as it is rather than the world as Hollywood has made it. Its popularity is global because of it. Audiences see themselves reflected in the characters, and main characters, at that. It’s 2019. That means something.

So does the fact the franchise has always been progressive in how it treats its female characters – well, as progressive as any testosterone-fueled, male-oriented franchise birthed in the early ’00s can be. Michelle Rodriguez famously threatened to walk away from the franchise a few years ago if roles for female characters didn’t improve. Rodriguez isn’t wrong in her criticism that the franchise is a male-centered one, but within that franchise, the female characters have never been beholden to the men. Letty, Mia, Elena, Gisele, and the other women of the franchise have always had plenty of agency. They’ve had their own storylines, made their own choices, and had their own motivations. At a time in which it feels like a miracle that we’re finally getting a Black Widow movie, a franchise that gives women their own autonomy – let alone populates its world with people of color – is one to be celebrated and emulated.

3. Keep The Continuity Consistent Even As The Scope Scales Up

Remember way back in ye olde days of 2001, when the first movie was essentially just Point Break with cars? It was a simple heist movie. Fast-forward to 2019, with our new protagonists chasing down a cybernetic terrorist with global implications. Dwayne “The Rock” Johnson singlehandedly swings helicopters around. Jason Statham shoots slow-motion bullets while falling through the air in an open-top vehicle after driving it through a skyscraper. To say the story has expanded greatly since the first movie would be an understatement. Other franchises have also tried to go big, but in doing so either moved too far away from what the audiences loved in the first place or just gave us too much of the same.

The beauty of Fast & Furious is that it’s managed to grow and evolve in a consistent way that has remained true to the franchise’s heart. At its core, it’s always been about the “family” and the connection between the characters, no matter how big the action around them gets. The continuity happens in the tiny details, too, In Furious 7, for example, Dom takes Letty to the street races of LA in order to help her recover her memory. The guy running the race is the same guy who was running the underground races in the very first movie 14 years before. It’s an attention to detail you wouldn’t expect from a franchise that is just big, dumb fun, but it’s threads like this that create the feeling that no matter how ridiculous and over the top the sequels might get, they’re all happening in the same world. Lore-keeping is a crucial part of any long-term franchise and Fast & Furious does it as well as any other.

4. Make Your Movies Seriously But Don’t Take Yourself Seriously

I don’t think there’s anyone out there who would argue we’re meant to take the Fast & Furious movies seriously (and if there is, I want to meet this excellent scholar). The franchise’s brand is balls-to-the-wall, but it works where other franchises have collapsed under the weight of their ridiculousness. Why? Because it never takes itself too seriously. The more outlandish elements of the franchise are presented with a sly wink and a nod that lets you know it’s in on the joke, too. In any other franchise, the line “I’m what you call a nice cold can of whoop-ass” would elicit groans; when Luke Hobbs says it in Hobbs & Shaw, it’s delivered in a way that lets you know he knows how cheesy and cliché it is and that’s exactly what makes it great.

Yet the effort put into the movies has always been serious business. Making a movie is hard work. You can tell when care isn’t put into it. For the most part, the Fast & Furious team has always crafted their films with precision. Incredible attention is put into stunt sequences and fight choreography; it never slacks or relents on finding new ways to surprise and delight its audience. Characters are complex rather than sketches. Lore continuity is a throughline in the franchise. Care is put into crafting each movie at every step of the process and it shows. Fast & Furious is serious about the business of entertaining its audience but never forgets it’s exactly that: entertainment. It knows exactly what it is and because of that, it has the ability to go big in ways that other franchises have tried and failed.

5. Don’t Panic, But Don’t Be Afraid To Course Correct When Needed

That being said, the Fast & Furious franchise hasn’t always had smooth sailing. No franchise that lasts for 18 years ever moves forward without hitting some bumps and setbacks. The third movie in the franchise, Tokyo Drift, was arguably the low point. The second movie saw the departure of Vin Diesel, who had signed on for the xXx franchise, but Tokyo Drift got rid of the original cast entirely. It’s an okay movie on its own, but the entire premise of the franchise had been built upon the idea of Dom Toretto and his “family.” Removing that completely undermined the foundations of the franchise and audiences responded in kind; it was the lowest-grossing movie in the entire franchise and was critically savaged.

We’ve seen plenty of studios panic when this happens. Some respond by completely changing direction or scrapping their plans and starting over (some studios more than once). Other studios make the mistake of doubling down on all the wrong things thanks to wildly misunderstanding why a movie is or isn’t well-received. Both approaches have generally proven disastrous. But Universal was smart enough to recognize where they’d gone wrong and brave enough to course correct. The franchise didn’t need to be blown up; it just needed to get back to its roots. Rather than panicking, they went back to the basics. The fourth movie saw the original cast back together again, and while its critical rating and box office haul weren’t overwhelming, it was the start of a steady ascent of audience recognition and box office success for the subsequent sequels. It had enough faith in the franchise to stay the course rather than chasing a trend, understanding that good storytelling and good characters are the two building blocks that will always keep audiences coming back.

A franchise following these steps isn’t a guaranteed hit. Luck, timing, marketing, and the fickleness of zeitgeist also play a part in a franchise’s success. But it’s at least a solid blueprint for getting there.

Hobbs & Shaw is in theaters this weekend.