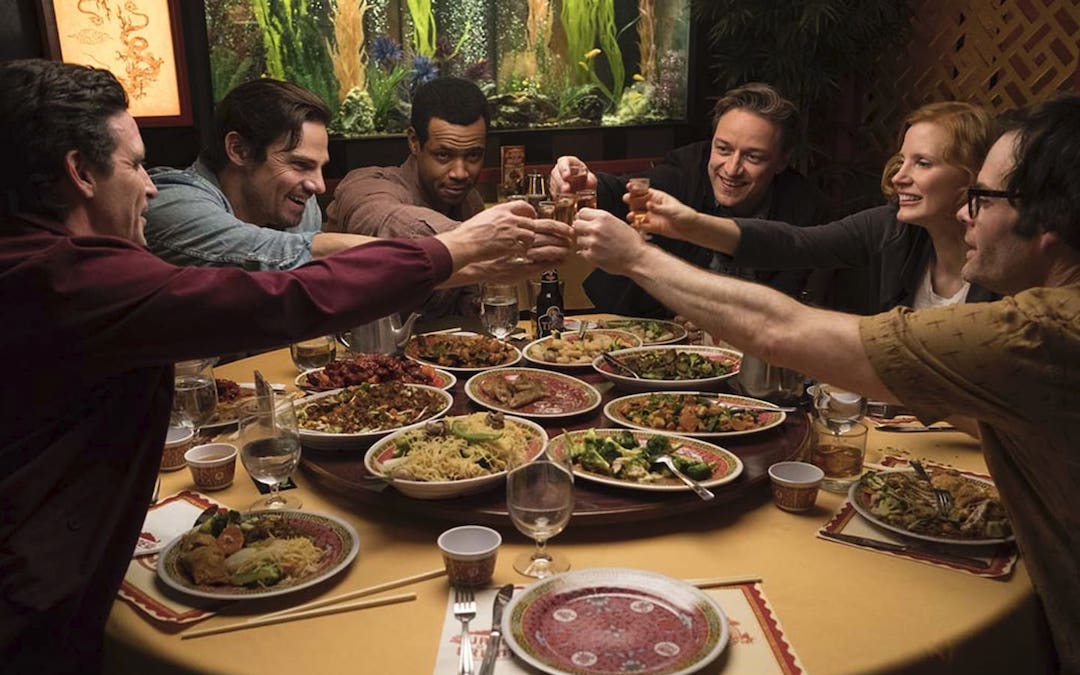 Halloween may still be two months away, but the scares will be well underway when Pennywise and the Losers Club return to Derry, Maine for It Chapter Two this weekend (you can read our review here). Not only is Pennywise (Bill Skarsgård) back to haunt our dreams, our beloved Losers are returning, as well. Not only is the original teen cast returning, including Finn Wolfhard (Richie), Sophia Lillis (Bev), Jayden Lieberher (Bill), Jack Dylan Grazer (Eddie), Jeremy Ray Taylor (Ben), Wyatt Oleff (Stan), and Chosen Jacobs (Mike), but they each get a way-too-uncannily-alike adult counterpart. The sequel, after all, takes place 27 years after the events of the first film. Joining the fun as the grown-up version of the Losers Club are James McAvoy (Bill), Jessica Chastain (Bev), Bill Hader (Richie), Isaiah Mustafa (Mike), Jay Ryan (Ben), James Ransome (Eddie), and Andy Bean (Stan).

We recently sat down with Muschietti for the press conference day in Los Angeles, and learned a lot. We can’t give all the surprises away, but what we can say that Muschietti has a tricks up his sleeve, one of which is the two cameos in the film – and the one that got away, Guillermo Del Toro.

WARNING: There are a few spoilers in this interview. Read at your own risk.

“I’m very ambitious when it comes to cameos,” said Muschietti during the press conference. “That’s my best trait as a director.” And with cameos by Stephen King, Peter Bogdanovich, filmmaker Xavier Dolan, and even himself, we’re going to have to agree that he goes big. But, as it turns out, not every cameo that he wanted could happen.

“I wanted Guillermo del Toro in the movie,” said Muschietti. “We were this close. He was going to play the janitor that Ben runs into when he’s running away from Pennywise. That scene, of course, would’ve been five minutes longer if Guillermo was in it.”

Writer Gary Dauberman also had that “one who got away” feeling about something he ultimately wasn’t able to include in the final script. “In the run-up of that first act, I loved seeing where the Losers ended up in their real lives,” said Dauberman. “But I also knew people were just going to want to get them to the Jade of the Orient and get them back together. So that was a big thing while I was writing, going, ‘I wish I could spend a little more time in their day-to-day, just to see what they’re doing.’ But you can’t.”

When the adult Losers were asked about casting, Hader revealed it was his mini-me, Finn Wolfhard, that got him the job. “Finn got me the job,” said Hader. “He said, ‘I want [Bill Hader] to play me,’ and then my agent sent me a link saying, ‘Hey, look at this.’ I was like, ‘Well that’s nice,’ and then months later my agent called me and said, ‘Andy Muschietti wants to meet you for IT Two,’ and I was like, ‘Finn must be the most powerful person in Hollywood.'”

The adult Losers also revealed that each of the kids had written them a letter, and though some were mum over what their letters said, Wolfhard actually shared what he wrote to Hader. He said, “I just wrote a letter that said, ‘I hope you’re famous when you grow up,’ basically. There was no advice or anything … but yeah, it was great.”

Bill Skarsgård Had Dreams Of Pennywise Months After Playing Him

Skarsgård didn’t receive any letter, but he doesn’t need to get to know his character as it seems Pennywise stuck with him far longer than he intended:

“Every project I’ve ever done, it is a weird kind of thing of waking up the next morning and being like, ‘I guess I don’t have to think about that person anymore.’ And with Pennywise it was, I don’t know, the shoot was three months, but it was probably a good four or five months of just living with this character. And then the last scene that we shot was the storm drain scene, which is sort of the most pivotal scene of the first movie in terms of the character. We wrapped and I flew home the next morning and I thought that I didn’t have to think about Pennywise anymore, but I dreamt about him.”

Hilariously, it wasn’t Pennywise that scared him in the dreams, but that the surprise of Pennywise would be spoiled.

Talk about dedication to your craft.

IT Chapter Two is now in theaters. 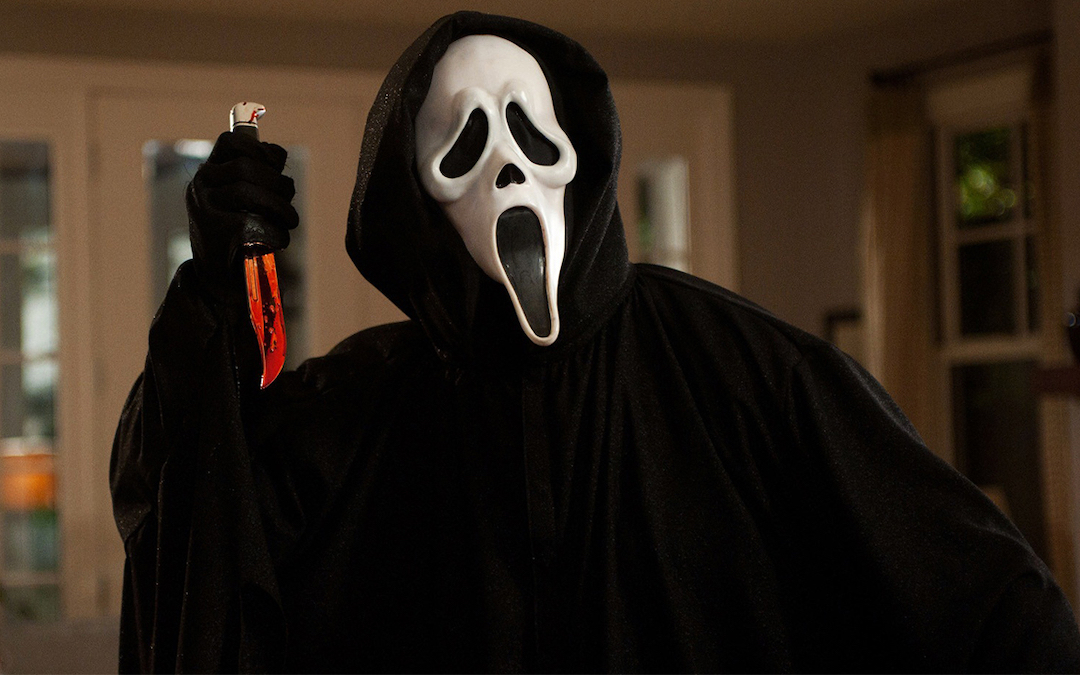