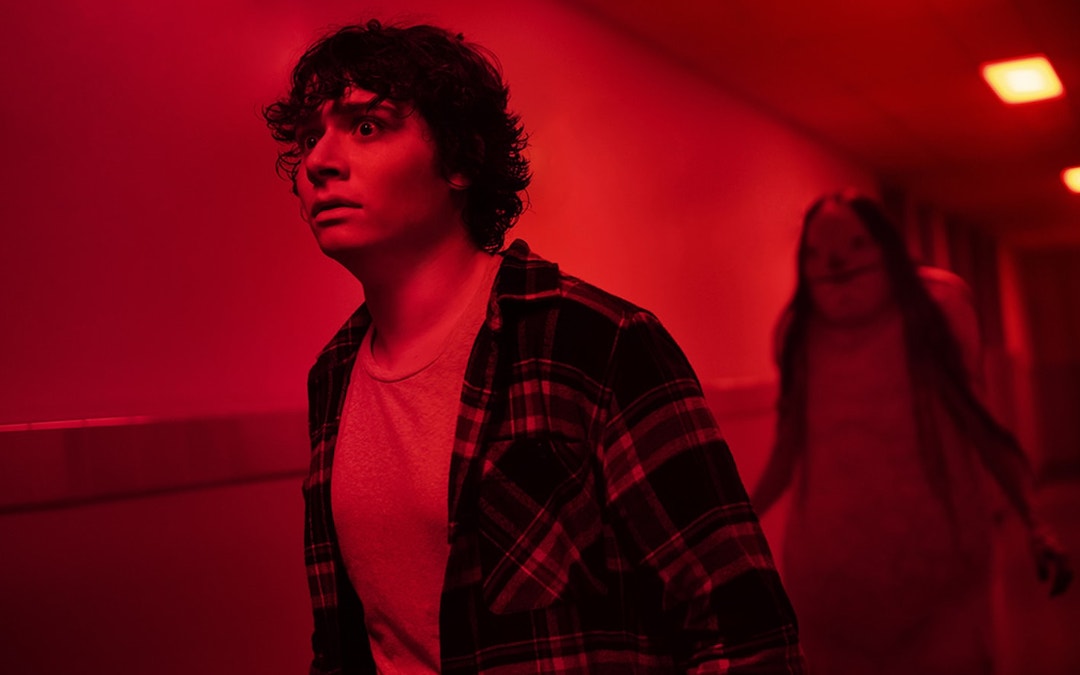 Just How Scary Is ‘Scary Stories To Tell In The Dark’ For Kids, Exactly?

Scary Stories to Tell in the Dark hits theaters this weekend and it’s left quite a few parents (and a few horror newbies) wondering: Just how scary are the scary stories? It’s a movie clearly aimed at a younger demographic, but will kids be able to handle it? Have no fear (pun definitely intended)! I’m here to break down the movie and give you an idea of what you and your kids can expect.

Keep in mind, your mileage may vary. Every kid is different, and adults, as well. Some of us are scared by one thing, some by another. Some kids are mature and able to handle horror and jump scares while another kid the same age might still be sensitive to the scarier aspects of movies; it’s all relative. I organized it according to the different types of horror scares in the movie, but read it and use your best judgment.

Warning: There will definitely be spoilers.

Is There Blood And Gore?

In a word? No. It’s a PG-13 rating, after all, so the fights and deaths are conducted without a bunch of exsanguination. Any kills that happen are bloodless, as are fights and interactions between monsters. It’s actually a little odd at times – places you’d absolutely expect to see a spray of blood are weirdly bloodless – but kids won’t notice or mind. There are some fake bloodied effects added to the actors after they’ve been injured, but nothing more than a little smear on the forehead or a split lip.

Verdict: Kids of all ages/limits will be fine.

Is It Gruesome In Other Ways?

The scarecrow Harold in ‘Scary Stories to Tell in the Dark’ (Courtesy: CBS Films)

This is where Scary Stories might turn off some more easily-scared kids. There may not be blood, but that doesn’t mean that there aren’t genuinely grotesque sequences. The monsters themselves, save for the Jangly Man, were modeled directly on Stephen Gammell’s haunting illustrations from the books and the result is quite a bit of body horror, both with the look of the monsters themselves and with what happens to characters in the movie. A rotting corpse is a rotting corpse, after all. Likewise, Jangly Man is played by contortionist Troy James, and his body does bend in some freaky, unnatural ways that might be unnerving to some kids.

There is one scene (in my opinion, anyway) that is particularly gruesome. It involves living scarecrow Harold (for my money the scariest monster of the movie) giving a character his comeuppance by turning that character into a scarecrow himself. The sequence is great, but scary, with the character choking in the straw that suddenly pours out of his mouth and a close-up of his face turning grey and black as he slowly transforms. It’s a quick moment, but definitely unsettling.

Verdict: Braver or slightly older kids will be able to handle it, younger kids or ones who are freaked out by body horror may not.

Are There Jump Scares?

Yes, Scary Stories to Tell in the Dark has a few traditional jump scares, one of which even got me to jump in my seat, though I’m admittedly a sucker who falls for them frequently, even when I know they’re coming. There are a few scenes that ramp up the tension, which may stress out anxious kid. You know a jump scare is coming and it does. But knowing and not reacting are two different things, so expect kids to jump and scream in a few spots.

Do The Kids In The Movie Survive?

Well…yes and no. The interesting thing about Scary Stories is that it has actual, mortal stakes for its characters, which is genuinely rare for a kids movie. One of the adult characters is killed by having his neck snapped, but the kids fare no better. Scary Stories definitely does not hold back or go easy on its young audience demographic; it is straightforward about letting kids know there are bad things and danger in the world and we shouldn’t pretend there isn’t – overprotective helicopter parents need not apply.

Four different teenage characters in the film suffer horrific fates. There is the aforementioned character who is turned into a scarecrow. Another is traumatized by spiders crawling out of her face and ends up committed to a mental institution. Yet another is yanked under the bed by a corpse and disappears without a trace; another is absorbed into the body of one of the monsters and also disappears. A line at the end of the movie makes it clear that the surviving protagonists plan to find a way to bring them all back in a hopefully greenlit sequel, but for the majority of the movie, the deadly stakes are very real for the teenagers; they’re not untouchable simply because they’re kids.

Verdict: Kids should be able to handle it, but it could result in some conversations with younger kids about what happened to the characters and if they’re okay – and definitely some requests to check under their beds for the next few days.

Scary Stories to Tell in the Dark is in theaters this weekend.

This week, our country has reached a tipping point. Hundreds of #BlackLivesMatter protests have organized and marched in dozens of cities across...

There are few things more fun than a good old-fashioned trivia night at your local bar. A few beers, some whiskey and vodka, a plate of bar food...

Let’s talk about something I’ve been lately pondering (not for the first time): It’s time for us to retire the phrase...