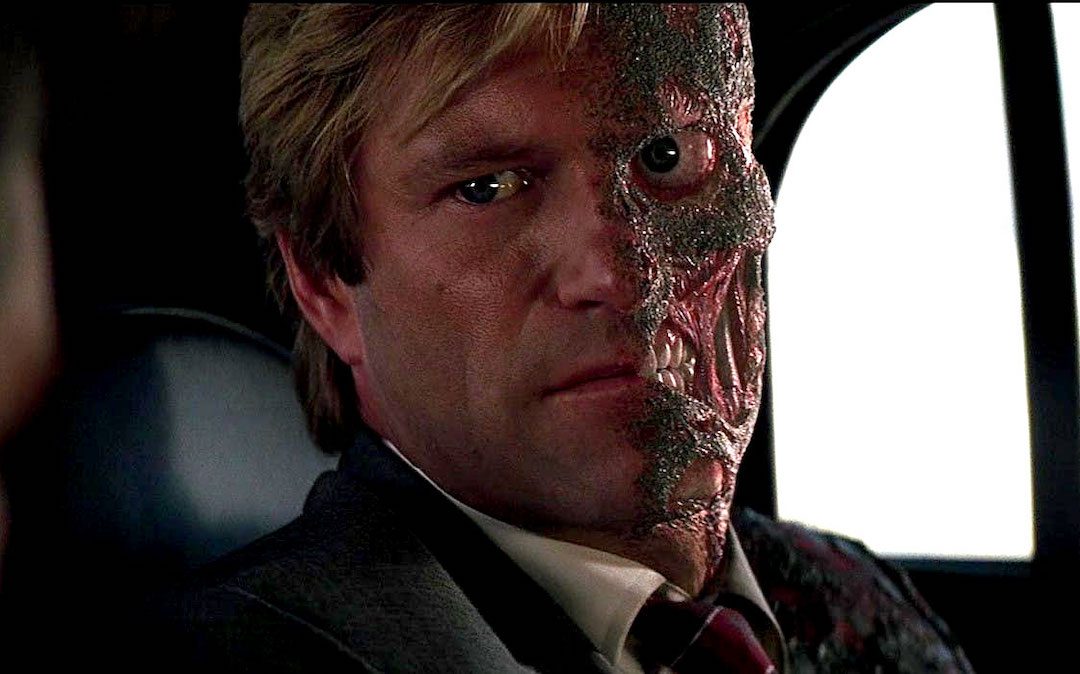 On June 7th, the final installment of 20th Century Fox’s X-Men series arrives, as Dark Phoenix unleashes its fury upon the world (you can read our review here). Set in 1992, the X-Men are worldwide heroes. During a mission to space, a solar flare merges the powerful, cosmic Phoenix Force and Jean Grey. As the Phoenix tries to take over Jean completely, it is up to the rest of the team to help their friend control her powers and not turn to the dark side.

Consumed by the Phoenix, Jean becomes a dichotomy of good versus evil. Over time, she turns from someone the X-Men want to save, to someone they need to stop – the Dark Phoenix. The Jean Grey/Phoenix relationship is not the first time a film has had a beloved protagonist become a hated antagonist (if you follow professional wrestling, you understand the heel turn, though the fall from grace is a storyline that is as old as stories themselves). Anakin Skywalker’s transformation into Darth Vader is arguably the most famous example in pop culture, but it’s not the only one. Let’s look at some other heroes in film history who lost their way.

Erik Lehnsherr lived a life based on vengeance. Forced into a concentration camp during World War II, he watched as his mother was killed in front of him as punishment by Klaus Schmidt (Sebastian Shaw) for not harnessing his mutant abilities to Schmidt’s liking. Years later, after an unsuccessful attempt to kill Shaw, Lehnsherr is rescued by Charles Xavier and helps recruit and form the first team of X-Men. Charles understands Erik’s need, his yearning, for revenge against Shaw. He believes the X-Men and their mission to promote peace between human and mutant will help to curb it.

Unfortunately, it didn’t work. When Erik finally confronts Shaw, he murders him slowly, and then takes his minions as his own, forming the first incarnation of the human-hating, vengeance-minded Brotherhood of Mutants. Charles pleads with his friend to no avail, and the ensuing fight leaves Charles paralyzed. For everything Charles did to get through to his friend, some emotional walls are too strong to break down.

Tommy Gunn thought he wanted to be a boxer. It turns out he just wanted to be famous. Tommy finds Rocky at his old gym in Philadelphia, which Rocky has reopened after some poor business dealings have left the Balboa family with nothing. Tommy begs Rocky to train him. He wants a chance. After suffering brain damage during the fight with Ivan Drago, Rocky sees this as an opportunity to feel the rush of the sport again.

Alas, this is a Rocky movie, and feeling such happiness is never going to come easy for him. After Rocky helps make Tommy a top contender, the young protégé meets promoter George Washington Duke. Rather than sticking with Rocky and gaining success the honest way, Tommy falls in with Duke, becoming a narcissistic, ungrateful champion who now sees Rocky as a threat to his career, rather than the cause of it. To be corrupted by Duke so quickly, it’s obvious Gunn didn’t love the sport, just its perks.

The third child of Vito Corleone, Michael never wanted to be part of his father’s “business.” He went to college, joined the Marines, and became a hero during World War II. It’s as far away from becoming a high-ranking member of a Mafia family as you can get. Destiny had other plans for the young man, however. Following an assassination attempt on his father, Michael embraces his family’s calling and helps to orchestrate retaliation.

The murders of a rival captain and a corrupt police officer turned a revenge killing into a tragic origin story. The son who was supposed to live a clean life away from crime succeeded his father as head of the Corleone mob family. The war hero who was supposed to marry his college sweetheart and raise a family in the suburbs transformed into a cold, calculating man who would eventually kill his brother for crossing him. Just when he thought he was out, they pulled him back in.

Arguably the most tragic story on this list, Harvey Dent was bred to be the hero of his story. When he became the District Attorney of Gotham City, he went after everyone with no fear, whether it was the heads of the mob, their underlings, or even corrupt cops; no one safe from Dent’s quest to clean up Gotham City. The point of Batman was to give hope to Gotham, so they no longer had to live in fear of criminals. But in Harvey Dent, Batman saw a hero who could stand in the light, rather than one who stuck in the shadows like himself.

Enter the Joker. The agent of chaos wanted nothing more than to break Gotham City. To achieve the goal, he first had to break the man who was its symbol of goodness and bravery. Joker’s successful execution not only cost Rachel Dawes, Dent’s fiancée, her life but also Harvey Dent his sanity, turning him into the villainous Two-Face. While his creation was inadvertent, the Joker couldn’t have been more pleased with this turn of events. To watch a light so bright go so dim made Dent’s words earlier in the movie sting even more: “You either die a hero, or you live long enough to see yourself become the villain.”

The son of Leia Organa and Han Solo, young Ben Solo began studying the ways of the Jedi under the tutelage of his uncle, Luke Skywalker. Feeling the dark side of the Force flowing through Ben, Luke was on the verge of killing his nephew while he slept before his conscience took over and he realized it was up to him to guide Ben in the right direction. It would have been fine, had Ben not woken up to see his uncle looming over him with danger in his eyes.

This feeling of betrayal pushed Ben to the dark side, where he soon took on the moniker of Kylo Ren and becoming the heir apparent to his grandfather, Darth Vader. The dark side’s pull on him was so strong he eventually murdered his own father, Han Solo, in order to try to kill the last vestiges of goodness in him. In the eyes of many, any chance of redemption was taken away the moment he ignited his lightsaber and stuck it through his father. However, as Darth Vader proved, while the Force is strong in the Skywalker family, so is forgiveness.

James Buchanan “Bucky” Barnes was Steve Rogers’ best friend while growing up in the 1930s and ’40s. They fought side-by-side on the streets of Brooklyn and, later, on the European battlefields of World War II. Bucky was the first recruit into Cap’s Howling Commandos squadron after Steve was transformed into Captain America. When Bucky was killed during the mission to apprehend Arnim Zola, Steve was almost inconsolable (he couldn’t even get drunk in honor of his friend). Little did he know he would have a reunion nearly a century later.

When Cap woke up 70 years after being frozen on ice, it was hard for him to adjust to the present world. Everything he knew was gone – which is why he was devastated to learn the shadowy assassin he’d been tracking was none other than his former best friend, now trying to kill him. Retrieved by HYDRA following his “death” during the war, Bucky was brainwashed and turned into HYDRA’s secret weapon, the Winter Soldier. The lethal assassin was used to take out threats to slowly bring HYDRA into power. Eventually, thanks to Cap’s unconditional loyalty, Black Widow’s understanding, and Shuri’s genius, Bucky was able to break free of his programming. The tragedy is now he has to live with what he’s done for the rest of his days.

Movies have given us heroes and villains. Sometimes a villain sees the error of their ways. Other times a hero realizes their destiny lies down an evil path. In Dark Phoenix, fans will see where Jean Grey’s route takes her.