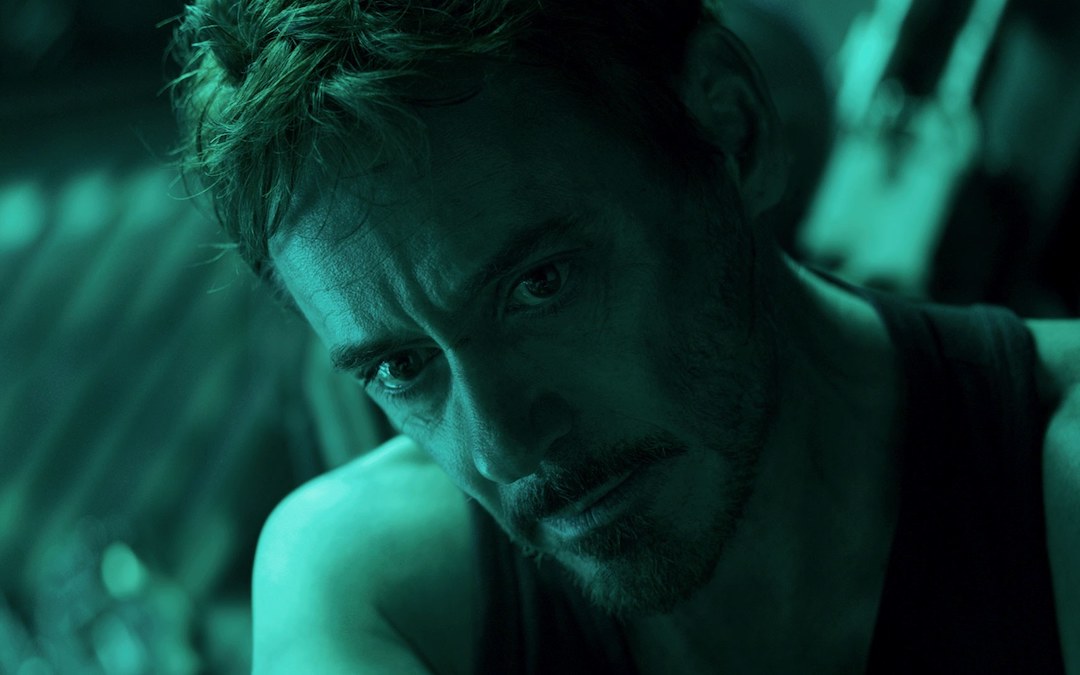 ‘Avengers: Endgame’ And The Fine Art Of Empathy

WARNING: Before we go any further – well, before we even begin – I’m going to let you know that what lies ahead is completely spoiler-laden. If you haven’t yet seen Avengers: Endgame, turn away now. That being said, if you don’t really care about spoilers, go forth and read with impunity!

In 2008, after being delayed by a broken hip, Roger Ebert finally caught Iron Man. He watched the film, like he had countless before it, and loved it. “With many superhero movies,” he said in his review, “all you get is the surface of the illusion. With Iron Man, you get a glimpse into the depths.” A few years earlier, he wrote, “For me, the movies are like a machine that generates empathy.”

Twenty-two films later and this still rings true. As a whole, the makers of the MCU have worked tirelessly over 11 years to create something we haven’t seen before: a vast, expansive universe with complex and (eventually) diverse characters that we came to know and love. Endgame, as a result, was a loving farewell to the first heroes we got to know as people as well as superheroes: Tony Stark, Steve Rogers, Bruce Banner, Natasha Romanoff, Clint Barton, and Thor Odinson. We’ve watched them fall in love, suffer terrible losses, risk everything, and struggle with their own demons.

It’s easy to say that the MCU is just creating comic book movies as if that were something to look down our noses at. Low-art, as it were. Something worthy of the unwashed masses but beneath the intellectual elite. Frankly, this is a nihilistic approach to life and I’m not about that. Instead, I say that Avengers: Endgame is the final domino in a carefully calculated, populist portrayal of human empathy.

The MCU Has Conditioned Us To Care

Let’s start with Natasha “Black Widow” Romanoff. Once the only Avenger in the MCU, she started out feeling largely ornamental in the worst possible way: as a sexpot whose fighting abilities were almost exclusively used as a comedic counterpoint to men’s fragile egos, she felt like a prop. As the universe grew, her depths were allowed to shine through. In the first Avengers, we watched her suss out the truth behind Loki’s deceptions under the guise of bartering for Barton, revealing shades of loyalty. But it was in Avengers: Age of Ultron where she showed true vulnerability and humanity. “You still think you’re the only monster on the team?” she asks Bruce, talking about her forced sterilization as a young woman in the Red Room. It was arguably the first time we really saw her as something other than a lethal heteronormative male fantasy. She gained autonomy and, suddenly, became one of the MCU’s most empathetic characters.

Much of the same can be said about Clint “Hawkeye” Barton. Another largely ornamental character, he’s barely tertiary in the first Thor and served as more of a plot device than an actual character in the first Avengers. Age of Ultron allowed us to see his family, the heart and soul of his character. From that moment forward, Clint made sense and burrowed into our hearts.

Bruce Banner entered the MCU rather clumsily with The Incredible Hulk. Despite Edward Norton’s best intentions, the Hulk’s standalone entry into the MCU just didn’t work and painted him with a fairly melodramatic brush. Once adopted by Mark Ruffalo, we glimpsed a different Hulk, one that would come to be seen as less pitiful and much more endearing. As with Black Widow, we saw hints of his demons in Age of Ultron and aspects of his fragility in Thor: Ragnarok and Infinity War.

As a character, Thor felt one dimensional throughout both Thor and The Dark World, so much so that not even Frigga’s fridging could truly propel his arc forward. It wasn’t until Thor and Loki’s final moments with Odin in Ragnarok that he gained real depth as a character. The start of Infinity War saw him lose the last shreds of what he valued most as his actions became fuelled by rage and vengeance.

Both Steve and Tony start as polar opposites of one another. In the first Avengers, just as everything’s about to explode, they butt heads for what would be the first of many heated arguments. “The only thing you really fight for is yourself,” Cap says. “You’re not the guy to make the sacrifice play. To lay down on a wire and let the other guy crawl over you.” “You’re a laboratory experiment, Rogers,” Tony snarls back. “Everything special about you came out of a bottle.” At that moment, they were both right. Tony was anything but a hero; he was a self-serving, begrudging savior who still relished the limelight and believed himself invulnerable to both physical and emotional damage. Steve, on the other hand, was the personification of morality to a fault; he judged the hard decisions Fury had to make as if he were somehow above them, able to leap ethical quandaries with a single moral platitude. Over the course of the next several films, they would grow together, split apart, and eventually become the best versions of themselves.

‘Endgame’ Was The Payoff Of A Decade Of Empathetic Viewing

Natasha’s self-sacrifice hurt. At first, it felt cheap and tawdry, as though it did a huge disservice to her character.  But after sitting with it throughout the rest of the film, and long after the credits rolled, it made sense; it hurt and felt unfair because of our attachment to her, a credit that can be given entirely to the team that wrote her, and Scarlett Johansson’s portrayal.

The same can be said of Clint. The film opens by forcing us to watch as his entire family, the very reason he didn’t come back for Infinity War, gets swept away in a puff of dust. His loss feels huge, and it hits with a thunderous force. By the time it comes down to the choice of either his or Nat’s self-sacrifice, it is unequivocally a lose-lose situation. Where Gamora’s death was sad, Nat’s was devastating, and the possibility of losing Clint felt equally tragic.

When Bruce donned the Infinity Gauntlet, prepared to bring back the other half of the universe, the audience waited with bated breath, anxious it would kill him. He spends the rest of the film wounded, a fragment of his former self, and potentially never to be the same again, whether physically or emotionally.

Thor’s struggle with PTSD toyed with humor as the ultimate deflection. How many of us who suffer from anxiety and depression have used humor to hide our pain? I know I have, on countless occasions. It’s easier to hide behind silliness than allow yourself to be seen for the raw nerve that you actually are. Thor has been through hell and back; the repeated betrayal by a brother he finally grew to love right before that redeemed brother was murdered in front of him, the inability to save his mother, his father’s lapse into senility and eventual demise, a homicidal sister, the destruction of his home and the slaughter of his people. By Endgame, he’s broken. How much more empathetic can you get than allowing a literal God to sit in his brokenness, and rise to the occasion only in as much as he feels capable?

Then there was Cap and Tony.

The Boy Scout finally learned the value of selfishness. He spent the last few films losing hope and growing weary while failing to recognize that his happiness and well-being matter. Endgame gave Cap permission to both save the world and be harmlessly selfish, while finally sharing a dance with Peggy and keeping a long-overdue promise.

Meanwhile, the guy who’d never make the sacrifice play did just that. He spent the last few films struggling with an inability to reconcile his ego and his conscience. Endgame gave Tony the tools to become the man his father never could; a hero.

In the aftermath of Endgame, not unlike Infinity War, some have complained that these deaths and tied-up loose ends felt wrong. But the bottom line is that it was never going to feel right, because letting go of people that we love, even fictional characters, is always hard. Pretending it isn’t negates the human capacity for empathy, and closes us off to some of the most touching parts of the human experience. Endgame is the culmination of an 11-year-long exercise in empathy. It brings characters we’ve spent a great deal of time with to their natural conclusions, allowing us to glimpse further into the depths of the MCU, and solidifying this box office behemoth of a franchise as an empathy machine for the masses. 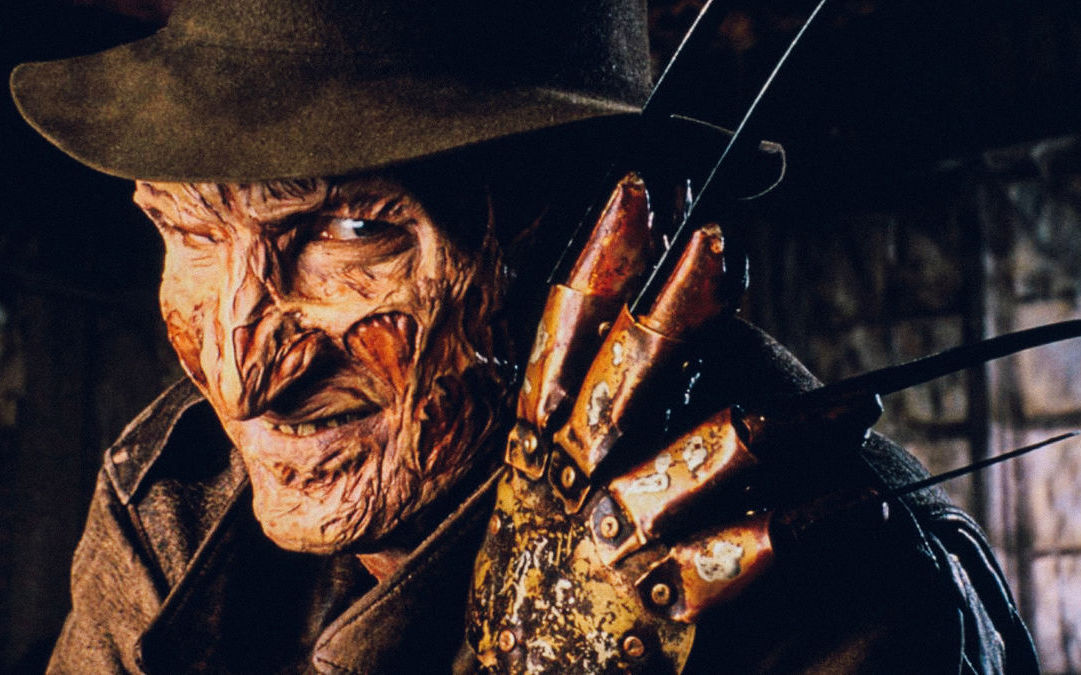 ‘A Nightmare On Elm Street’ Trivia: Freddy Krueger’s Glove Was A Huge Pain 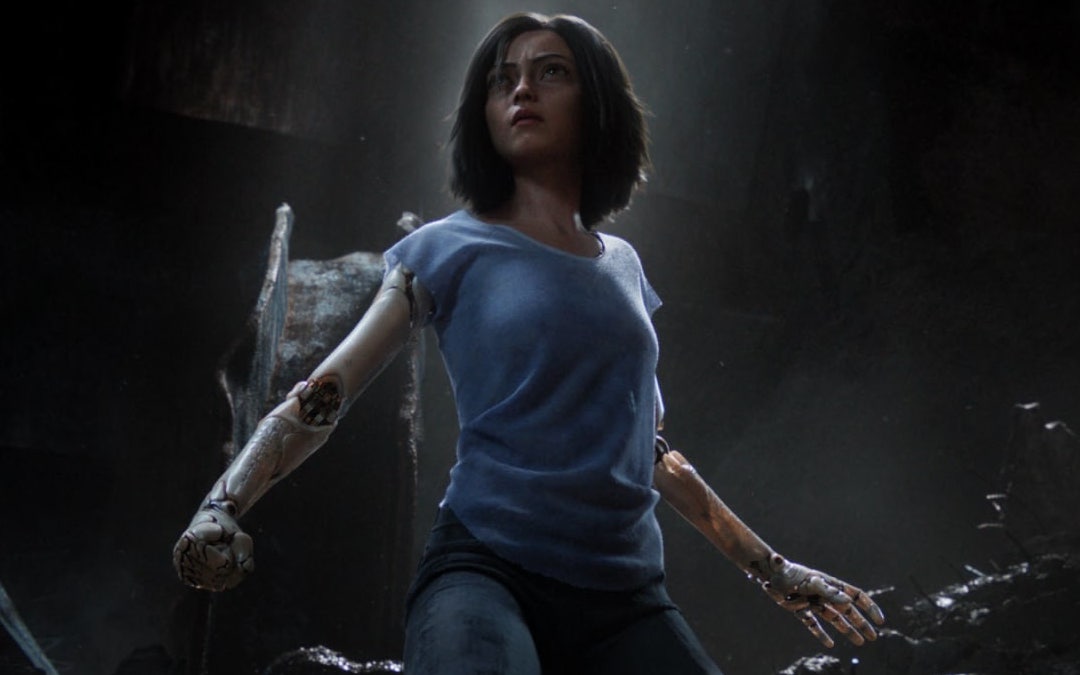 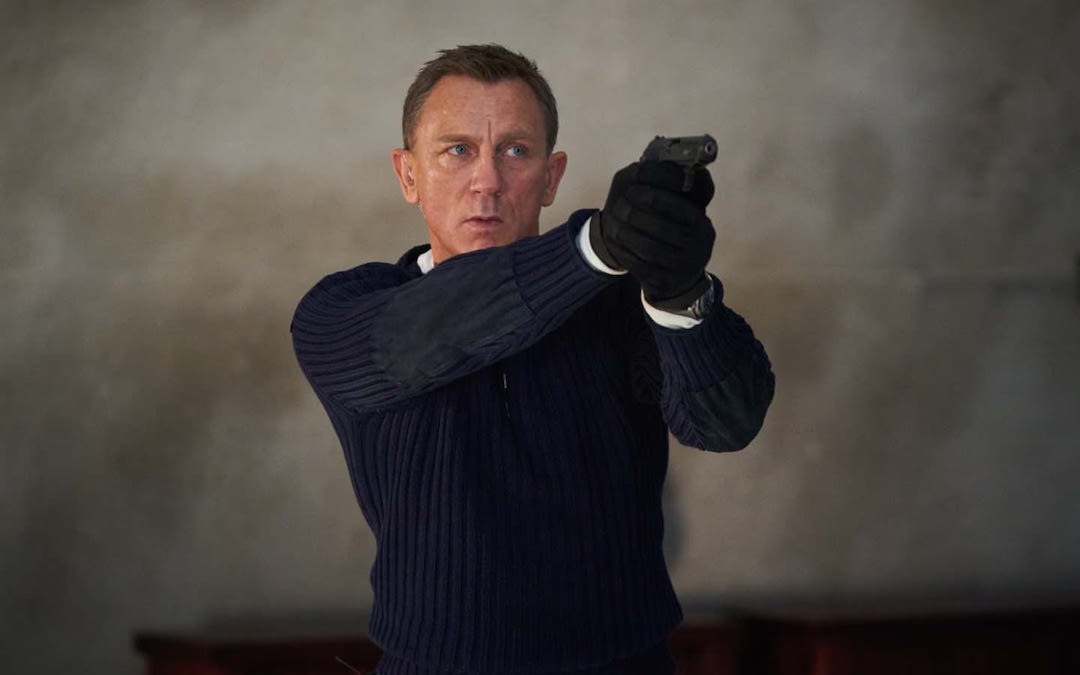 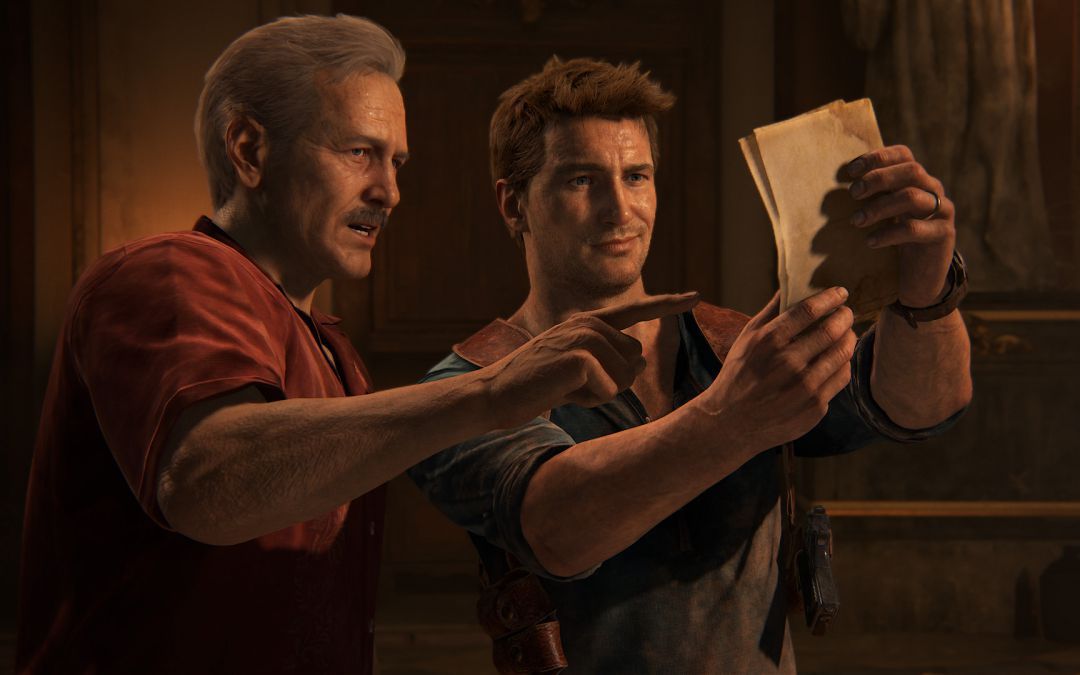 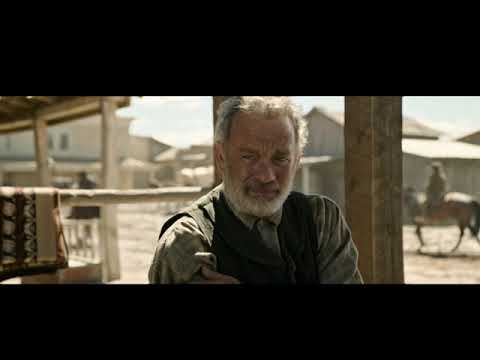 News Of The World – Official Trailer 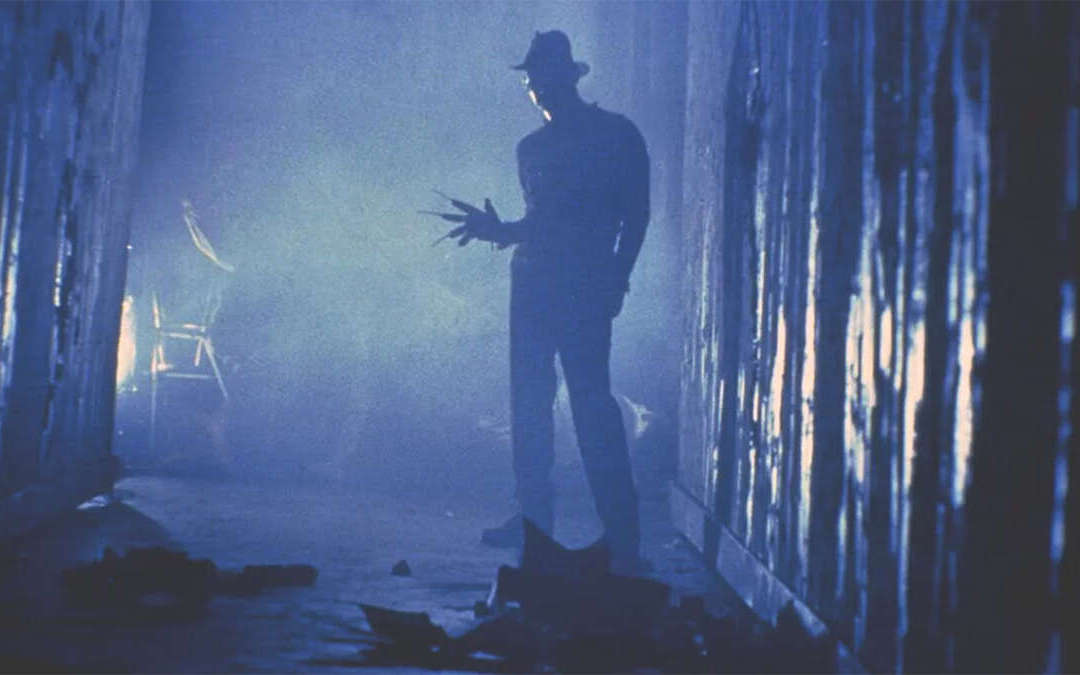 Avengers: Endgame is out in theaters, and audiences around the world did “whatever it takes” to get the film all the way to $1 billion worldwide...

‘Avengers: Endgame’ Is Returning To Theaters With New Footage

Disney and Marvel seem to need your help to take down Avatar. With Avengers: Endgame only $40 million shy ($2.74 billion) of taking the all-time...